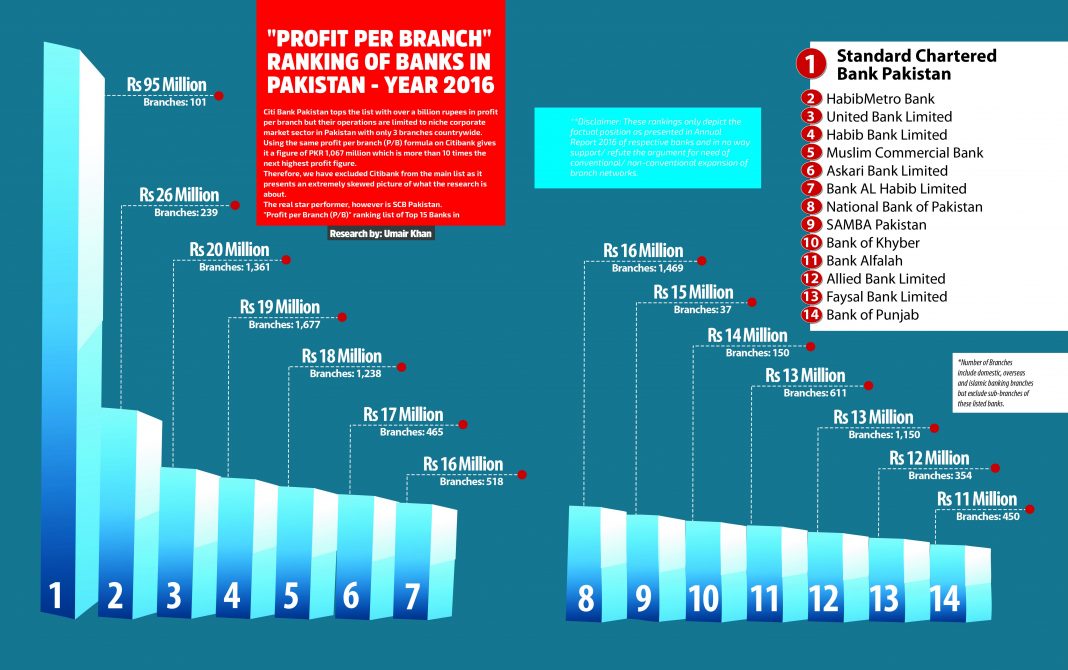 Notwithstanding the relative size and nature of operations, the profit per branch among Pakistani Banks depicts a peculiar picture.

Citi Bank Pakistan tops the list with over a billion rupees in profit per branch but their operations are limited to niche corporate market sector in Pakistan with only 3 branches countrywide.

Using the same profit per branch (P/B) formula on Citibank gives it a figure of PKR 1,067 million which is more than 10 times the next highest profit figure.

Therefore, we have excluded Citibank from the main list as it presents an extremely skewed picture of what the research is about.

The real star performer, however, is SCB Pakistan.

*Number of Branches include domestic, overseas and Islamic banking branches but exclude sub-branches of these listed banks.

**Disclaimer: The above ranking only depicts the factual position as presented in Annual Report 2016 of respective banks and in no way support/ refute the argument for need of conventional/ non-conventional expansion of branch networks.