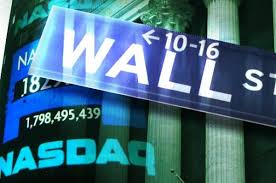 NEW YORK: Some of the biggest companies in the world had their best day in years Friday as Microsoft and Alphabet soared following strong third-quarter reports, as did online retail giant Amazon. U.S. stocks set more records as their winning streak extended to a seventh week.

Intel made its biggest gains in three years, while Microsoft had its biggest jump in two years and Alphabet, Google’s parent company, made its largest move in more than a year after each company’s results were better than Wall Street expected. Amazon jumped 13 percent, its biggest move in two and a half years, after it got a big boost from its latest “Prime Day” promotion and the purchase of the Whole Foods grocery store chain.

The S&P 500 and Nasdaq finished at all-time highs. The S&P 500 also rose for the seventh consecutive week, something that hadn’t happened since late 2014.

Apple, Alphabet, Microsoft, Amazon and Facebook are the five most valuable companies on the S&P 500, and with investors clamoring to send them higher, Wall Street didn’t pay quite as much attention to some strong economic data. The Commerce Department estimated that the U.S. economy grew 3 percent between July and September even though the country was hit by two major hurricanes. That was better than analysts had anticipated.

Aside from those giant companies, stocks were mixed. J.C. Penney fell to an all-time low after it cut its profit forecast, saying it’s been lowering prices to try clearing out unsold goods. Its stock lost 54 cents, or 14.8 percent, to $3.12. Other retailers like Macy’s and Foot Locker tumbled as well.

Toy maker Mattel plunged after the company posted a huge third-quarter loss and said it will slash spending and stop paying quarterly dividends. The stock lost $1.37, or 8.9 percent, to $14.

Bond prices jumped. The yield on the 10-year Treasury note fell to 2.41 percent from 2.46 percent, a seven-month high.

Germany’s DAX climbed 0.6 percent and the CAC 40 of France gained 0.7 percent. In Britain, the FTSE 100 rose 0.2 percent. The Spanish Ibex sank 1.5 percent after Catalonia’s regional parliament voted to secede from Spain, adding new tensions to the disagreement between the region and the central government in Madrid. Catalonia, which includes Barcelona, accounts for a fifth of the Spanish economy and Spain is deeply set against allowing it to become independent.