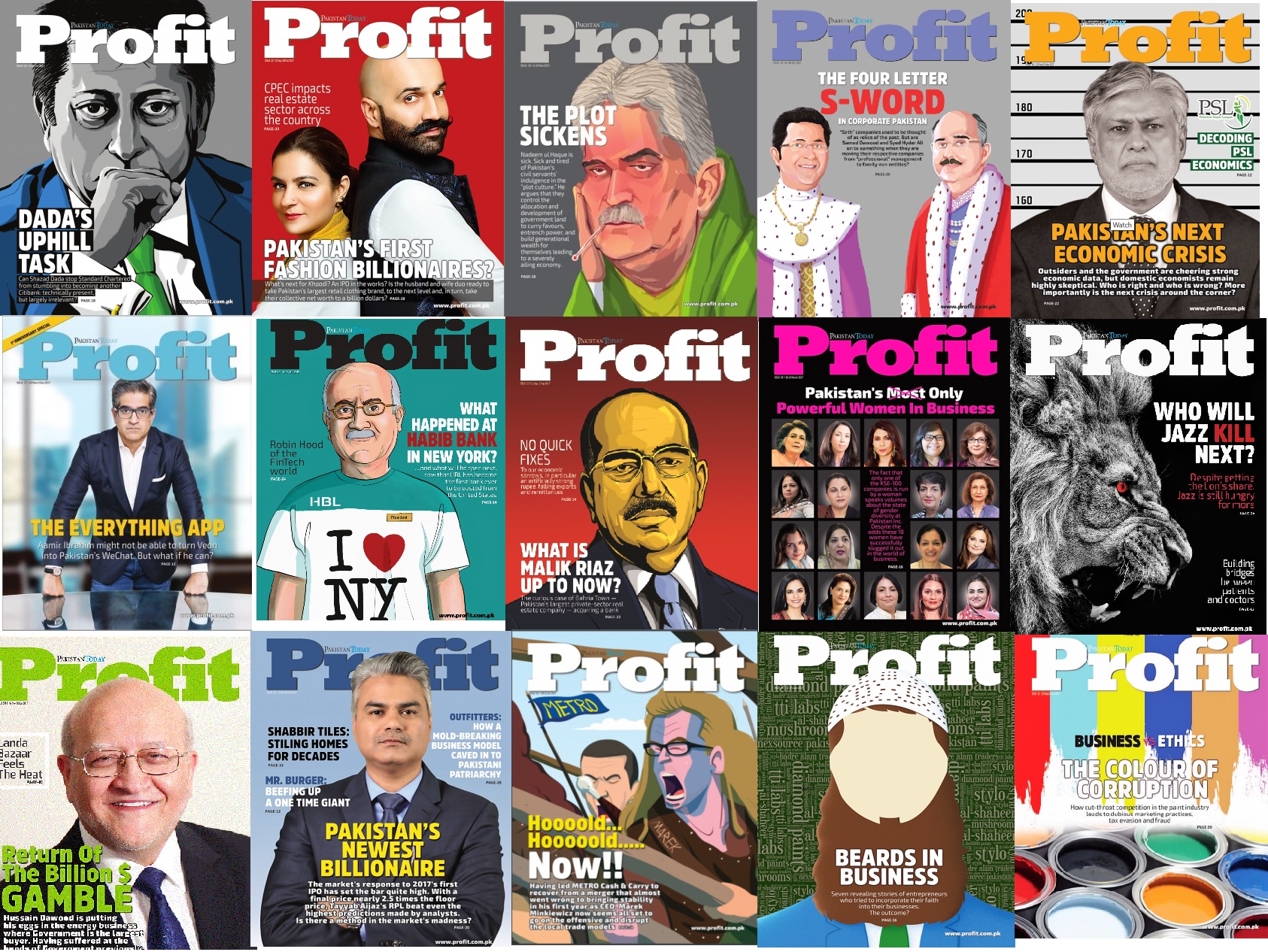 It has been one full year of ‘Profit’. At the risk of sounding too full of ourselves, I think we can go ahead and say that Profit is Pakistan’s best business publication by far. But, truth be told, there wasn’t much of a competition, to begin with.

Even in this day and age almost all our newspapers borrow their business reportage mantra from the grand old days of Pakistan Times: if it’s anything vaguely “money-related,” just throw it to the business section.

Business reportage in Pakistan has primarily been PR placement. Other than State -Owned Enterprises, no one asks commercial enterprises tough questions and when they do, they don’t expect them to be answered properly.

So the Pakistani business environment is a bit of a buffet table for serious business publications, then, you might ask? Not really. Having only interacted with such business journalism, Pakistani businesses have evolved into skittish, reticent beasts. Even the publicly listed companies.

I cannot express the amount of respect I have come to develop for the political class. Generally polite to a fault, the politicians are not only forthcoming but even try to make the best of unfavourable reports by journalists and pundits. They take scathing criticism, sometimes unfair, with a smile on their face and an appeal to hear them out. Corporates, on the other hand, view even reports otherwise full of gushing praise but not taking the company’s officially printed PR line, as unfavourable. That is how spoilt (yes, spoilt) most of our corporates are.

Hence, the stark contrast between the bevvy of quality business publications across the Radcliffe. But this better quality of Indian journalism doesn’t just make these publications better. They also make Indian businesses better. The business students who enter those corporates are generally better informed and have been raised on a steady diet of quality reportage on a whole range of businesses. Even the already serving executive themselves can know much more about their businesses.

Consider an expansive, well-researched and readable report on the dairy industry. When this sector is covered thoroughly by a fresh set of eyes, the latter might see certain aspects that others who are too close to the picture might not.

Alas, the reticent CEOs, MDs, GMs, Chairpersons and good old seths decline to give interviews. And when they agree, they ask for the questions to be sent beforehand.

Withholding ads, stuck in the public’s imagination as one of the major tools with which the government can twist the arm of independent publications, is, in practice, done more by corporate concerns. To the extent that it doesn’t even raise eyebrows anymore. The businesses that show maturity and don’t withhold ads are the ones who stand out.

‘Profit’ has cost ‘Pakistan Today’ a lot of advertising business because of that. You might not believe how timid and staid the supposedly offensive stories actually were.

Remember the recent debacle involving the New York office of HBL? Profit gave the best coverage of that fiasco not just because we investigated it well but also by default: we were probably the only publication that actually covered it properly. The reason is not surprising. In an era where marketing departments don’t let editorial even take on mom-and-pop-store advertisers, how can they be allowed to even touch HBL Pakistan’s single largest advertiser after the government?

Since the New York episode, till this goes to press, HBL hasn’t come out with its next advertising campaign. ‘Pakistan Today’ may or may not be a part of the next campaign. Do we care? Yes. Would we do things differently? No.

Here’s looking at the next year and the one after that.
Thank you for being a part of our journey.