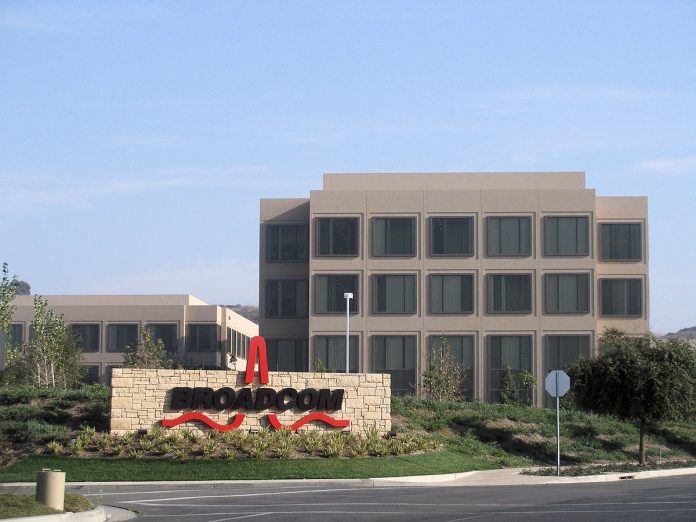 SAN FRANCISCO: As part of its $103 billion bid to buy Qualcomm Inc, Broadcom Ltd has hinted that it would make big changes to Qualcomm’s patent licensing business, a major cash-cow for the company but a source of bitter conflict with regulators and key customers including Apple Inc.

But Broadcom has given few details about how it would go about revising Qualcomm’s practices. Qualcomm has so far rejected Broadcom’s takeover offer, saying the offer undervalued the company and would face regulatory hurdles.

Patent licenses accounted for some $5.1 billion in pre-tax profits for Qualcomm in its fiscal 2017, compared with $2.7 billion in pre-tax profits for its chip business that brings in two and a half times more revenue. Thus, Broadcom Chief Executive Hock Tan would need to carefully pair any changes to the program with cost cuts elsewhere, with Qualcomm’s annual $5.5 billion research and development budget seen as a prime target by analysts.

If Broadcom is successful in buying Qualcomm, a source familiar with the matter said that Broadcom would try to maintain the economics of the licensing business by adjusting the pricing structure between the licensing and chip selling businesses. It would also attempt to renegotiate contracts with major customers, the source said.

Broadcom is eager to appease big customers like Apple, whose support is needed to overcome antitrust hurdles. While customers often look askance at consolidation among their suppliers, Broadcom has said it offers a possible solution to a conflict that has led to a regulatory crackdown, lawsuits with Apple and also has prompted others to cease paying licensing fees.

At the center of the conflict is Qualcomm’s practice of requiring mobile phone makers to pay a license fee on its intellectual property in addition to what they pay for its chips. Qualcomm invented a number of foundational technologies for mobile communications.

In legal complaints, Apple has called Qualcomm’s approach “double dipping.” Qualcomm has repeatedly rejected the notion that its patent practices are anticompetitive and maintains that its chip business and patent business are run separately.

A Broadcom spokeswoman said in early November that it believes that regulators around the world will “welcome this deal as a solution to the double-dipping issue.” Tan said in an interview earlier this month that he believes Broadcom “can be very constructive in resolving these issues and resetting relationships. We would not have embarked on this offer if we were not confident that our common key customers would not embrace it.” Broadcom declined to comment further.

Analysts said there are three possibilities for Broadcom to resolve Qualcomm’s licensing issues: sell or spin off the licensing unit, shift to a model that charges a flat fee, and simply charge more for chips, using the patents as leverage.

The simplest option for Broadcom would be to spin off Qualcomm’s licensing division to financial buyers or Qualcomm shareholders, but its valuation would be hard to gauge. Revenue from the unit has declined from $7.9 billion in 2015 to $6.4 billion in Qualcomm’s fiscal 2017, largely thanks to Apple’s and another customer’s suspension of payments.