In 2012, Jehanzeb led his team in demerging the paints business from ICI Pakistan, and in the same year established AkzoNobel Pakistan as an independent public listed company 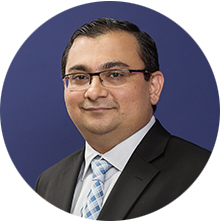 Profit reported in September regarding Jehanzeb Khan retiring from his position on Nov 18. The AkzoNobel board appointed Saad Mahmood Rashid, previously the business manager for decorative paints in the company since Oct 2014 was appointed as the new CEO.