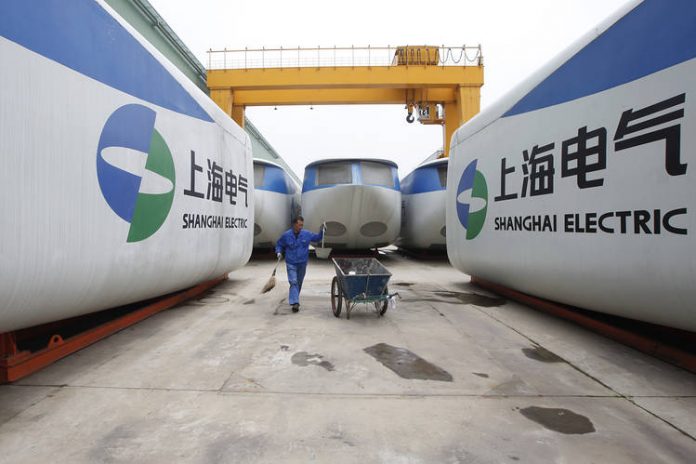 ISLAMABAD: Shanghai Electric Power Company (SEPC) Chairman Yundan Wang said on Friday that his company was planning to invest $ 9 billion in Karachi Electric by 2030 to upgrade the transmission and generation capacity of KE.

He was talking to Minister for Privatisation, Daniyal Aziz who along with his delegation called on him here on Friday.

Senior representatives of Abraj Group and Karachi Electric along with their respective delegations were also present on the occasion.

Matters concerning the transition of Karachi Electric to the new prospective company came under discussion specifically the processing of NOC for the transaction.

On the occasion, the SEPC delegation briefed the minister about their investment plan to revitalise Karachi Electric.

Yundan Wang hoped that their plan would change the prospects and perspectives of KE as a service provider in the power sector.

Chairman Yundan told that SEPC is responsible for generating one-third of world’s power and they intend to replicate their successful experiences in Karachi as well.

The minister also appreciated KE’s performance in the previous years that could bring apparent changes in the system and hoped that collaboration with SEPC will help in improving the KE system.

Chairman Yundan informed the minister of the Privatisation Commission about the innovative plans of SEPC to introduce new technology to generate new electricity including from renewable sources.

He explained that different sites are being identified to kick-start the projects that will supplement generation of KE along with traditional sources.

He also briefed the minister about his plans to stop leakages but emphasised that socio-economic development of the target areas can play a major role in changing attitudes and in improving governance as well as recoveries.

He also shared that KE will also continue to extend electricity to designated hospitals as their social responsibility.

It was also shared that special emergency generation vehicle to restore electricity in the wake of crises will also be made available to ensure non-stop provision of electricity in Karachi.

The meeting ended on a note of thanks from the Minister for Privatisation with the hope to continue collaboration in joint ventures.