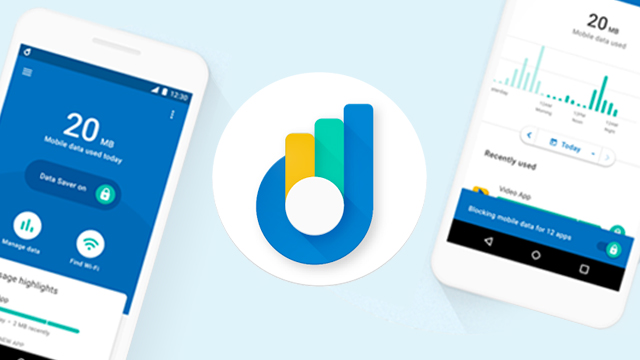 KARACHI: Google has just launched its new ‘Datally’ in Pakistan, the app’s most important feature is to save ‘treasured’ mobile data but according to Google’s industry head Asia Pacific region Khurram Jamali, it would not be reducing telecoms revenue.

“It (Datally) would save data. Only that data would be consumed, which a user would knowingly be using,” said Google’s Next Billion Users’ Chief of Staff Tania Aidrus.

While explaining and demonstrating how the app works, Aidrus saved data usage by up to 36 per cent using the mobile phone of one of her teammate.

“However, the quantity of data saved through this app is different for different users. Everyone has their own pattern of using data. It follows their pattern and then locks applications, which are not used frequently, from using the available data,” she added.

To a query, Khurram Jamali replied that the app would rather give confidence of using mobile data.

“My father and mother only use WiFi for internet because in the past they had a bad experience with mobile data. They lost their mobile data in no time after subscription and that made them loathe it. So, this app would rather help increase the confidence of users,” he said.

“This app will not be restricting people from using internet from mobile data. It would only be helping them to spend their mobile data where they want to use it,” Aidrus added.

Datally works on all smartphones running Android 5.0 (Lollipop) and higher and is available today (Thursday) on the Google Play Store globally.

This is expected to be an acute problem for the newest generation to come online, known as the “Next Billion Users.”

“Not only these smartphone users constantly think about data balances, but they also do not understand where their data is going, nor do they feel in control over allocating data to the apps they really care about,” Aidrus said.

The most important feature of Datally is its Data Saver. Apps frequently use data in the background for updating content and information. Datally’s Data Saver feature lets users control data on an app-by-app basis, so that data only goes to apps they care about.

Datally also has a feature of ‘Personalised Alerts’. Datally alerts users when apps start consuming a lot of data, and it allows them to see how much data they have used on a daily, weekly, and monthly basis.

It also helps the user find WiFi with another feature in the app, ‘Wi-Fi finder’. There are also times when users want to use more data than they have on their mobile plans, such as when they want to watch HD videos. Public WiFi is an important access point for high-bandwidth connectivity, so Datally’s ‘Find Wi-Fi’ feature reveals the networks nearby, rated by the Datally community. Once connected, users can rate the Wi-Fi networks themselves based on their own experience.

The launch of the new Google app must be welcoming news for the smartphone users, but it must also be affecting telecoms’ revenue, which comes through its mobile data users.

Although, Google officials have played down the idea that the app would be affecting telecoms however it must be having some impact because when people test the app, they saved up to 30 per cent of mobile data, depending on the way they used Datally.