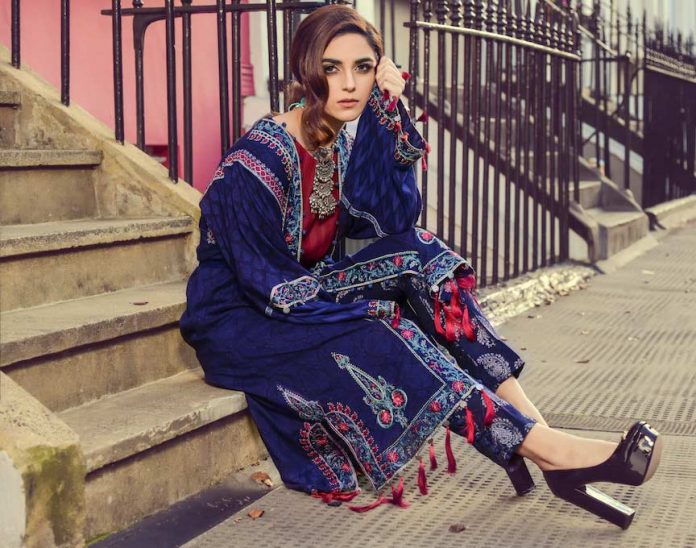 LAHORE: Maria B has officially become the second Pakistani brand, after Yayvo.com, to be studied by Facebook Business. In a case study posted by Facebook Business on its website under its success stories section, Facebook has given a detailed account of how the brand fashioned sales beyond borders with Facebook Lookalike Audiences.

Facebook Business is a service provided by Facebook for advertisers to manage, engage and interact with their audience. According to the webpage, Maria B’s goal for the marketing campaign was “trending beyond borders” by increasing brand awareness in the UK, US, Canada and Australia, as well as increasing purchases from international markets.

“Facebook has quickly become one of the most powerful tools to reach international markets without having any physical presence. As part of an export strategy, it can lead businesses to have better marketing penetration and customer engagement with a few simple clicks,” Maria B Director Operations and HR Najia Butt told readers in the case study.

While talking to Profit, Miracle Interiors Director Hanan Tahir said, “In 2010 not many businesses were using Facebook ads in Pakistan but still businesses had to face enormous losses, especially home run businesses due to the ban imposed by the government”.

HFT, a Hungarian based print on demand company looking to expand in Pakistan, Marketing Head Norbert Szabo told Profit, “Digital ads change everything, we no longer have to show our ads to everyone, we can laser focus our audience and the results are outstanding.” He added, “With digital ads, every new market we want to expand into is a local market for us, all we need to do is create a lookalike audience in the new country or market based on our previous buyers in another market.”

Digital media spending in Pakistan rose by 27 per cent in 2015-16 over the prior year, the fastest of all the media platforms. It was followed by 20 per cent increase in radio, 13 per cent in television, 12 per cent in print and 6 per cent in outdoor advertising, according to data published by Aurora media market research.

Before Maria B, Facebook Business first published a success story on Yayvo.com, an e-commerce website launched by TCS. According to the data provided on Facebook’s website, Yayvo.com’s goal was to engage its untapped female audience and the results achieved were remarkable. Yayvo was able to generate 10,000 leads and increase 47 per cent female shoppers, while generating 200 per cent more female traffic and sales in the female category, respectively.