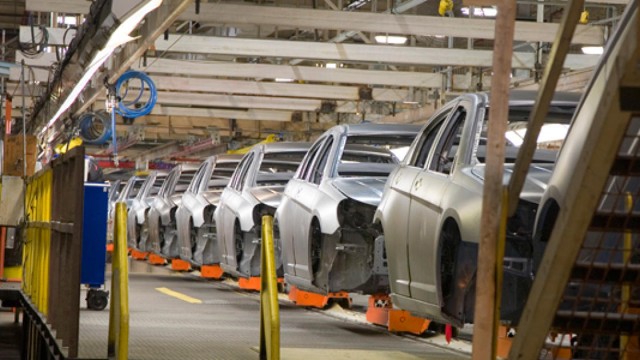 KARACHI: Pakistan automotive manufacturers sold 10 per cent less cars when compared with October’s sale, during the month of November this year.

The local car manufacturers seem to be reaping the fruits of government’s initiated turmoil for Japanese used cars industry.

In 1300cc and above category, sales depicted a growth of 1 per cent Month-over-Month (MoM) but were down by 5 per cent Year-over-Year (YoY) to 8,087 units mainly on account of stable demand of Civic and City and delivery of pre-booked Corolla.

Dispatch of 1000cc category cars exhibited an uptick of 31 per cent YoY while sales were down by 30 per cent MoM to 3,479 units particularly due to massive one-off sales uptick witnessed in Wagon R during the month of Oct’17.

Whereas, in the below 1000cc category, Mehran did not fail to astonish as sales continue to rise to clock-in at 3,958 units (up by 30 per cent YoY and down by 9 per cent MoM). In LCVs and 4×4 category, Honda BR-V remained the only vehicle to post a sales growth of 14 per cent MoM.

On the other hand, dissecting tractors numbers displayed a slow-down of 8 per cent MoM and growth of 8 per cent YoY to 5,556 units.

Truck and Bus sales of PAMA member companies in remained strong, growing by 15 per cent YoY, while during 5MF18 sales rose 19 per cent YoY.

Motorcycle and 3-wheeler sales grew by 7 per cent YoY, due to rising disposable income of lower middle class while 5MFY18 sales are up 20 per cent YoY.