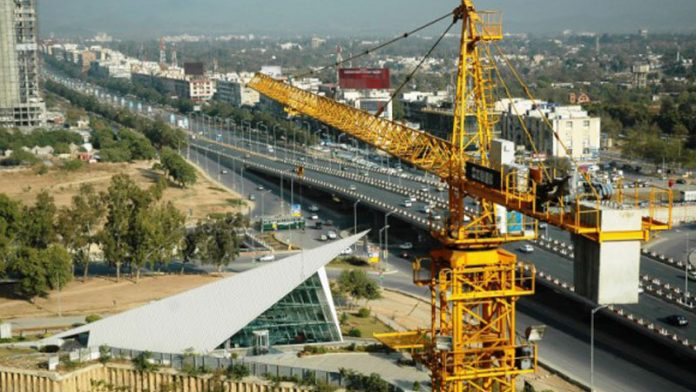 ISLAMABAD: Pakistan’s economy has been on a steady downward slide with no end in sight, some experts say, with the currency dropping, foreign exchange reserves dwindling, the trade deficit spiking and the benchmark stock index at an 18-month low.

The International Monetary Fund isn’t happy about all the red ink and has questioned how Pakistan could pay back funds for a massive hydroelectric project that China has offered to build. Islamabad has pulled out of the project, at least for now.

The U.N. Economic and Social Survey for Asia and Pacific’s (UNESCAP) 2017 report warned this week that Pakistan’s intervention in the exchange market to stabilize the rupee, which plunged more than 5 percent against the U.S. dollar in three days, might become unsustainable.

“Pakistan is not drowning; it is heading toward stability and progress,” Iqbal said.

But the economic gurus in Pakistan don’t trust the platitudes, and neither do the markets.

“It was inevitable. It had to go like that way,” Ashfaque Hasan Khan, a former economic adviser to the Ministry of Finance, said. “Finance Minister Ishaq Dar was going against the philosophy of the IMF. He tried to keep a fixed rate of rupee against dollar throughout his tenure in the last four-plus years.”

Khan said he didn’t see the rupee strengthening anytime soon because the timing is not right for improving export-producing industries.

“The damage is already done,” he said.

Zafar Moti, the former chief and CEO of the Karachi stock exchange, said the government’s stance that exports would grow as a result of the devaluation was a “false argument.” Exports are “very low” to start with, inflation has grown from 4 percent to 6 percent, and with the announcement of devaluation, “the foreign debt has risen by $300 million,” he said.

Moti predicted that in the current climate of political instability, if the IMF devalued the rupee by 10 to 15 percent, “the results will be catastrophic.”

The trade deficit stands at about $15 billion as official statistics released this week showed imports at $18 billion and exports as low as $3 billion for July through November, the first five months of Pakistan’s fiscal year.

Tariq Bajwa, governor of the State Bank regulatory body, has his own argument for the fall in the rupee exchange rate.

“It was long due,” said Faiq Hussain, a Pakistan-based economic expert with People Islamic Modaraba, a private company dealing in partnerships between investors and companies in commercial enterprises.

The current account deficit isn’t the only issue, Hussain said. Imports over the past three to four years of Chinese machinery under the massive China Pakistan Economic Corridor (CPEC) infrastructure program have been remarkably high, he said.

Pakistan has lately expressed reservations about the $54 billion in projects under the umbrella of CPEC. Members of the Senate have maintained that China pushed Pakistan into some deals to the benefit of Chinese investors and firms.

Hasan said he wasn’t worried about the fluctuations in the stock market, saying they don’t reflect the major economic indicators in developing countries like Pakistan.

“It’s the deficit in current account, trade and the uneconomic policy of Finance Minister Ishaq Dar and his cronies,” he said.

Hasan said the minister’s obsession with a stable rupee ran contrary to the market, raising the public debt, while imports remained cheaper for the investor and the cost of local production increased.