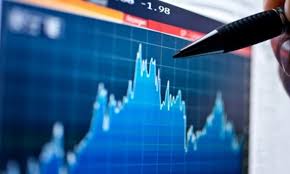 The key dilemmas facing Pakistan’s equity market — a small investor base, few new listings on the Pakistan Stock Exchange (PSX), and shrinking turnover — are tied to the lack of trust among investors and issuers as well as unnecessary compliance and tax burdens. It will take greater professionalism among the intermediaries and the rationalization of compliance and taxation by regulators and tax authorities to realize the market’s potential.

This was the central message to come out of the Pakistan Inc.! conference organized by the CFA Society of Pakistan on its 15th anniversary in Karachi last month. The conference brought together 250 of Pakistan’s best minds and many more online, among them investment managers, business leaders, regulators, and legal and accounting professionals, to debate how the country’s capital market might move forward.

Too few investors are chasing too few stocks

With a market cap of around US $85 billion — less than 30 per cent of the country’s roughly $300-billion GDP — Pakistan’s equity market is too small to serve the nation’s savings and retirement needs and attract large foreign investors.

Few companies choose to list on the exchange. In fact, the number of listed entities has declined over the years, from more than 700 in the early 2000s to less than 600 today. Among the listed companies, many are illiquid or no longer in operation. In 2017, there were only seven new listings despite a stunning bull run in 2016.

The investor base in Pakistan is small. Liberal estimates suggest that there are only half a million investors, despite Pakistan’s growing middles class and 208 million people. The market is also highly concentrated, with 5,000 investors accounting for 90 per cent of trading, which is confined to only about 30 stocks.

Some of the largest brokers act more like large investors, financiers, and business groups rather than intermediaries. The walls between their businesses — brokerage, asset management, real sector companies, etc. — are not especially thick and their financial incentives do not necessarily favour market development.

Moreover, the stock market has weathered major crises in 2000, 2002, 2005, and 2008. The widely held perception is that the market is subject to manipulation and investors are vulnerable to abuse.

Political turmoil has not helped Pakistan’s equity market. The prime minister resigned after Pakistan’s Supreme Court disqualified him from office due to corruption, and the former finance minister faces graft charges. The credibility of the government has been greatly weakened.

A record trade deficit and widening fiscal deficit have put pressure on the Pakistani rupee, which is overvalued by 20% per IMF estimates. As the economic challenges mount, the strong economic leadership required to steer the country is conspicuous by its absence.

After rising 46 per cent in 2016, the KSE-100 index has fallen 25 per cent from its all-time high. The market price-to-earnings ratio has slid down to about 9, but value investors are still not finding the market attractive enough.

Taxation and compliance are choking the market

The authorities have raised taxes on the capital market. Higher taxes on capital gains and dividends together with a presumptive tax on trading are strangling the market. While the capital market is subject to extensive documentation and tax requirements, the real estate sector is not, so it is hard for the former to compete for investors.

There are so many different conditions, restrictions, periodic reports, audits, inspections, and investigations by the Securities and Exchange Commission of Pakistan (SECP) that companies and intermediaries can’t keep up. And quantity has not equaled quality: Regulations have done little to improve market perception or investor confidence.

“What we need is effective regulation, not more regulation,” said Rahat Kaunain Hassan, a former chair of the Competition Commission of Pakistan.

There has been progress, there are solutions

Paul Smith, CFA, president and CEO of CFA Institute, told delegates that the problems confronting Pakistan’s capital market are not unique and that the country’s internal security situation is much better than the international perception.

You Hang, who recently became deputy managing director of PSX, highlighted recent progress in developing market infrastructure. Pakistan’s three stock exchanges have merged to form the PSX, which has successfully demutualized and self-listed, with a consortium of Chinese exchanges — some of the largest in the world — taking up a strategic equity stake.

Investment managers pointed to strong growth in the mutual fund sector where large domestic inflows have reduced the negative effect of net selling by foreign investors. The market is currently bearish, but it has nevertheless outperformed most regional markets.

The potential is huge. A rising middle class, facilitated by low inflation and bank credit, is making its presence felt through record consumption. For example, annual growth in auto sales and auto loans is approaching 30 per cent.

The government of Pakistan has taken bold steps to improve security and maintain law and order. The street crime plaguing the commercial hub of Karachi has fallen substantially. An improving energy situation and reduced power outages combined with a young population and mega projects under the China–Pakistan Economic Corridor are likely to fuel economic growth.

The way forward: Rationalization and professionalism

After a full day of impassioned and candid discussions on the capital market issues in Pakistan, three realizable solutions stood out. The tax authorities need to reduce taxes and the SECP needs to rationalize the compliance burden. At the same time, practitioners must also aspire to higher standards of professionalism and put the interests of their clients above their own.

That’s what will build trust in the market and that trust will form the foundation for sustainable growth.