CEO says PGPC is paying KIBOR + 3 per cent as a surcharge on deferred amounts and payment in instalments is permitted under Section 21A of the Customs Act, 1969. 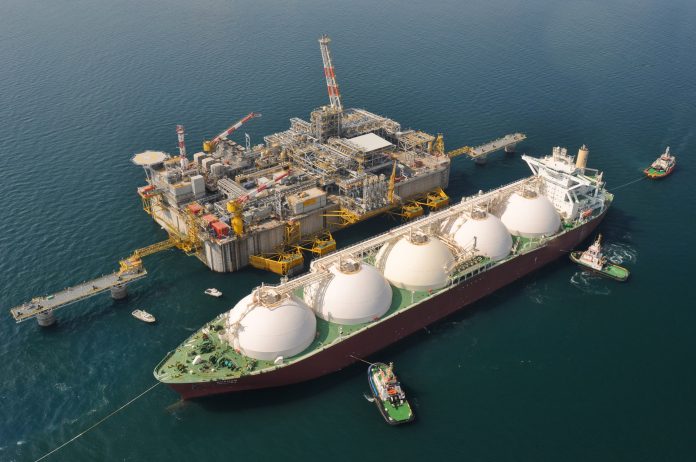 ISLAMABAD: Pakistan GasPort Consortium Limited (PGPC) will clear customs duty on import of Floating Storage and Re-gasification Unit (FSRU) within one year period as Federal Board of Revenue (FBR) has allowed deferment of the payment of the duty, it was learnt reliably.

A copy of FBR’s order issued on January 10, 2017 available with Pakistan Today disclosed that FRB has allowed deferment of payment of customs duty on import of Floating Storage and Re-gasification Unit (FSRU) by M/s PGP Consortium Limited under Section 21 A of the Customs Act, 1969 on certain terms and conditions.

And, the said company shall also furnish an understanding to the effect under reference FSRU that in case it fails to make payment of the deferred amount of Customs Duty and/or surcharge the same shall be recoverable under Recovery Rules and section 202 of the Customs Act, 1969, read the order issued by FBR. It added that under reference FSRU shall not be allowed to leave the port till all dues have been paid to the exchequer.

“FBR instead of charging Rs 1.5 billion worth customs duty in October 2017 has given one-year payment plan to PGPC to clear the customs duty,” said sources.

The sources clarified that PGPC, instead of paying customs duty in advance in October 2017 as per the rules, will now pay the duty in instalments over a year after recouping losses by earning billions of rupees from state-owned gas companies under re-gasification charges.

Allegedly PM’s Office assigned Petroleum Secretary Raja Sikandar Sultan to resolve the dispute between FBR and PGPC over the payment of customs duty. Sultan has visited FBR and conducted meetings with FBR chairman and Special Assistant on Economic Affairs Haroon Akhtar Khan in a bid to solve the dispute at a time when PM was in Saudi Arabia. However, despite efforts, Haroon Akhtar Khan and FBR chairman declined to waive off the penalty.

Nevertheless, a resolution was achieved through payment of customs duty in instalments if the penalty was not waived off, sources claimed.

It is also alleged that the prime minister had earlier removed Pakistan LNG Terminal Managing Director Azam Soofi for imposing $ 30 million worth penalty on the second LNG terminal. Allegedly the prime minister wanted Azam Soofi to go easy with the penalty he earlier imposed on PGPC over the delay in commissioning of the terminal. Upon declining the request to waive off the penalty, Azam Soofi was removed from the top slot of the company, sources added.

Though PGPC was supposed to pay roughly Rs 1.5 billion in customs duty at 5 per cent of the FSRU before the start of its FSRU, however, PGPC reportedly remained reluctant to pay the customs duty on the grounds that the terminal falls into the category of ‘temporary imports’ which is exempted from duties and taxes. However, FBR claims that the import of FSRU cannot be termed as temporary because PGPC has signed a 15-year agreement.

With effect to FBR’s order, the dispute between FBR and PGPC is resolved and duty will be cleared in multiple instalments in one year period.

When contacted, PGP Consortium Chief Executive Fasih Ahmed Khan said the matter now stands resolved. This is a $ 500 million project. The total customs duty on the FSRU import is a small fraction of the total cost. We will abide by FBR’s decision taken in exercise of their powers under the law, he added.

Responding to a question, Fasih Ahmed Khan said PGPC is paying KIBOR + 3 per cent as a surcharge on deferred amounts and payment in instalments is permitted under Section 21A of the Customs Act, 1969. So there is no loss to the exchequer of any sort, Khan added.

PGPC is a subsidiary of Pakistan GasPort Limited (PGPL) that owns and operates the 750mmcfd LNG import terminal at Port Qasim, Karachi. The terminal is expected to provide fuel to 3,600-megawatt LNG-fired power generation plants in Punjab.

It is also learnt that the total value of taxes and duties on the FSRU was roughly Rs 2.7 billion including the withholding tax. However, FBR has given an exemption certificate due to the advance income tax it received from the company. This has reduced the disputed amount to around Rs 1.5 billion being calculated on the basis of $ 270 million or Rs 29.9 billion value of the FSRU. Moreover, the terminal is providing LNG storage and regasification services to state-owned Pakistan LNG Terminals Limited (PLTL) for up to 600 mmcfd for 15 years. PGPC charges $ 0.4177 per MMBtu in tolling fee. PLTL imports LNG and pays all the applicable duties and taxes.

FBR spokesman Dr Iqbal was requested to give official stance but did not respond despite repeated efforts via email and WhatsApp messages.