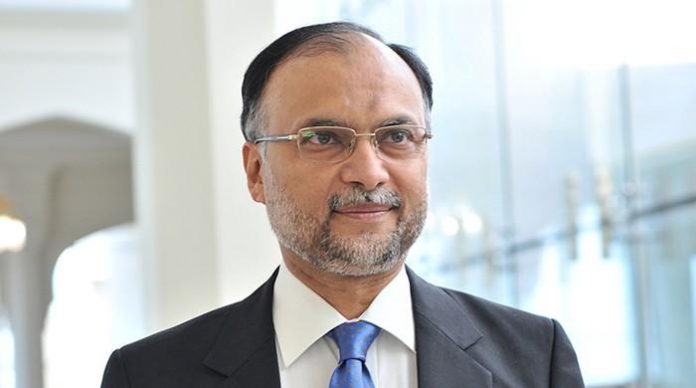 ISLAMABAD: The National Assembly (NA) was informed on Wednesday that China has been requested to provide finances for water project under China-Pakistan Economic Corridor (CPEC).

Responding to a calling attention notice, Interior Minister Ahsan Iqbal said a project had been prepared to bring water from the Indus River to Islamabad to meet the growing water requirements of the capital. He said that work on this project will start this year adding that China has been requested to provide finances for the project under the CPEC.

Ahsan Iqbal informed that another project costing Rs 400 million had been prepared for rehabilitation and replacement of water pipes in Islamabad.

Moreover, Interior Minister Ahsan Iqbal told the NA that the visa policy has been made transparent to promote tourism in the country.

Responding to a point of order raised by PTI member Shireen Mazari who expressed concerns over the issuance of visa on arrival to visitors from different countries including the United States, Ahsan Iqbal clarified that the visas will be issued through the registered tour operators which have been given guidelines in this regard.

He said there are security checks which will not allow entry to undesirable elements, the black water or security contractors.

The minister pointed out that Pakistan has recently been declared an emerging tourist destination and the new visa policy is aimed at promoting tourism.

Regarding a question about non-governmental organisations, the minister said we welcome organisations which are working in the development sector; however, the ones which have hidden agenda will not be allowed to operate.