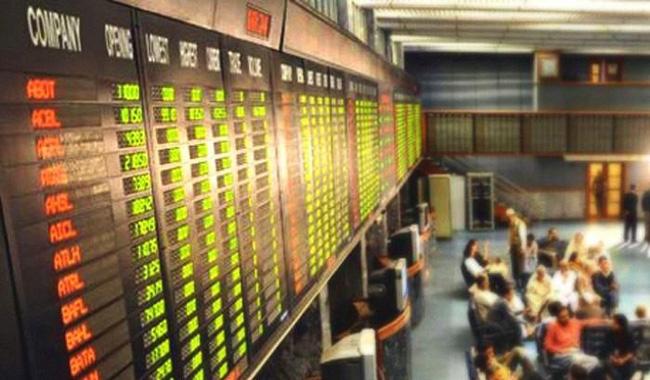 The market volumes frog leaped from previous sessions 226.44 million to 339.67 million. TRG Pakistan Limited (TRG -0.14 per cent) was a clear leader on the volume charts, with 29.05 million shares being traded while next on the board was Fauji Cement Company Limited (FCCL +4.98 per cent) with 18.69 million shares exchanged.

The refinery sector was the top performer of the session as it added 3.93 per cent to the sector cumulative market capitalisation. Food and personal care sector topped up its market cap with 3.70 per cent and cement sector with 3.60 per cent. The oil and gas exploration sector disappointed as its market cap slid lower by 2.01 per cent.

Pakistan Oilfields Limited (POL -5.00 per cent) slipped to its lower circuit breaker post declaration of financials for the second quarter of 2018. Sales contracted by 17.14 per cent quarter on quarter and 15 per cent year on year, meanwhile earnings per share clocked at Rs 20.13 along with an interim cash payout of Rs 17.50.