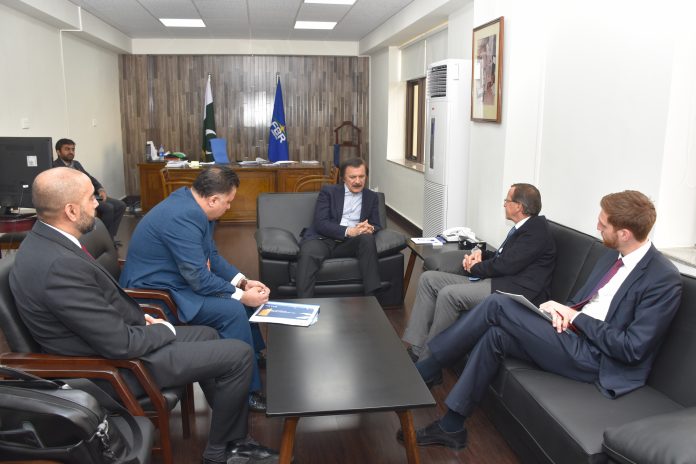 ISLAMABAD: Special Assistant to the Prime Minister on Revenue and Federal Minister Haroon Akhtar Khan has called for re-doubling of efforts to strengthen business-to-business partnerships and forge new collaborations between Pakistan and Germany.

“Pakistan is an ideal market with vast opportunities for investment in many sectors of the economy and the German investors should benefit from our pro-investment and business-friendly policies to make healthy returns on their investments,” he said while talking to Federal Republic of Germany Ambassador to Pakistan Martin Kobler, who met the minister along with representatives of the German-Pakistan Chamber of Commerce at FBR House on Friday.

Haroon Akhtar Khan appreciated the ongoing local German investment and business initiatives in Pakistan and hoped the number of German companies engaged in business in Pakistan would grow considerably in the coming days given a vast improvement in the law and order and security situation in Pakistan. He also briefed the envoy on the sacrifices rendered by the Pakistani nation and its military and para-military forces for eradicating the evil of terrorism and contributing to the regional security.

Martin Kobler told the minister the strength of the German economy was its medium-sized companies and it would be good for businessmen from both German and Pakistan to forge business collaborations and join partnerships in the medium-sized enterprises in Pakistan which he conceded had a huge potential for growth in coming years. He said the number of German companies operating in Pakistan could increase substantially through a greater initiative from the German-Pakistan Chamber of Commerce and the efforts of its members for presenting a true and softer image of Pakistan to the outside world.