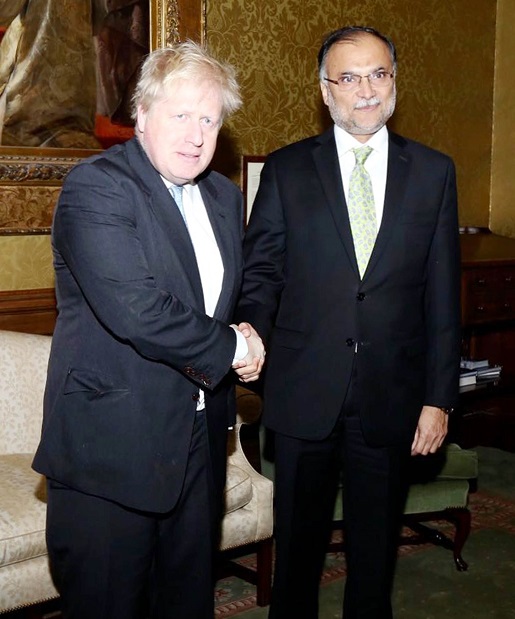 ISLAMABAD: Interior Minister Ahsan Iqbal has said Pakistan is undergoing a remarkable transformation as a result of the improved security situation, impressive economic growth and consolidation of democratic institutions.

The Interior Minister also informed the foreign secretary about Pakistan’s efforts to eliminate extremism and terrorism from the country.

He particularly appreciated Pakistan’s counter-terrorism efforts to bring about peace in the region and the world at large.

Boris said that the UK is keenly interested in China-Pakistan Economic Corridor and would like to benefit from opportunities arising from this initiative.