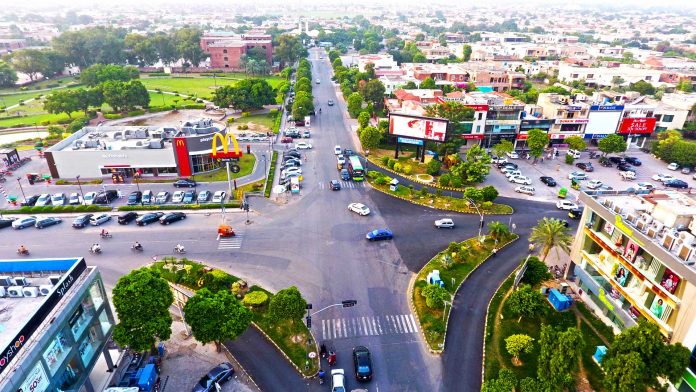 LAHORE: Mayor Lahore Col (R) Mubashir Javed said on Tuesday that the business community has the ability to turn Pakistan into an economic giant.

He was speaking at the Lahore Chamber of Commerce and Industry (LCCI), where LCCI President Malik Tahir Javaid, Senior Vice President Khawaja Khawar Rashid, Vice President Zeshan Khalil and EC members also spoke on the occasion and highlighted the challenges being faced by the business community.

The mayor said that the world is in a state of ‘economic war’ for long and all economies are working hard to win the race. He said that various countries, which were economically deprived in 70s, have done reasonable progress. The government has started work to clean temporary encroachments in order to make the flow of traffic smooth.

He said that budget has been allocated for the construction of roads in Lahore which will commence within the next 3 to 4 months.

LCCI President Malik Tahir Tavaid said that in today’s fast-changing world, cities compete with each other for attracting business. A most striking feature of the Census 2017 is that around 66 per cent of the population of Pakistan now lives in ten cities.

He said they are the level at which the ease of doing business is judged. This makes the measurement of the size of the economy of cities and the understanding of its structure extremely important.

He said Lahore was the second largest city of Pakistan in census 1998. It retains that position in Census 2017. What is new is that it is the only city of Pakistan whose population has more than doubled in the intercensal period, from 5,143,495 to 11,126,285.

He said servicing this large population has changed the structure of the economy as well. The predominant sector of the economy of Lahore is now the services sector. He said we need to understand the policy implications of the rising share and growth of services. The city will have to effectively manage the environment, infrastructure, investment, consumption and other services to remain competitive.