Pakistan amongst best performers, up by 12pc on MSCI, says report

Fears of a full-blown foreign exchange crisis are overdone, despite falling reserves, down 45 per cent since September 2016 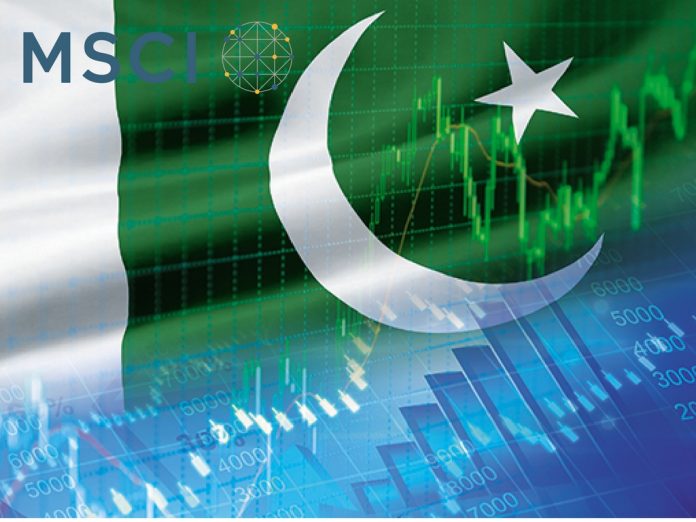 LAHORE: Despite political and external pressures, Pakistan has recorded a surge of 12 per cent on the MSCI index and 6 per cent on the broader, less oil-centric, KSE 100 index, driven by a two-phase (December 8 and March 19) currency devaluation of 10 per cent, a report issued by Exotix Capital said here on Saturday.

Moreover, a 20 per cent drop in the monthly trade deficit in February and expectations of an amnesty scheme, which was earlier announced by the Prime Minister of Pakistan Shahid Khaqan Abbasi, similar to ones adopted by Argentina and Indonesia in 2016, aided the climb, the report claimed.

The report further suggested that fears of a full-blown foreign exchange crisis are overdone, despite foreign reserves continually declining, which have now fallen 45 per cent below their post IMF-deal peak in September 2016.

However, the positive investor sentiment to the rupee devaluation offset a lacklustre corporate earnings season. Moreover, during Q1 lower unit prices in the cement sector, lower gross margins in the auto sector and United Bank Limited’s (UBL) disclosure of a Habib Bank Limited (HBL) style US regulatory risk were major concerns in the market, acknowledged the report.

“We continue to regard equity valuations (with the trailing P/B of the KSE 100 of 1.6 times at an 8 per cent discount to the last five-year average, for an Return on Equity (ROE) of 19 per cent) as very attractive, given the ongoing improvement in security, the infrastructure upgrade under the China Pakistan Economic Corridor (CPEC) and the surge in (pent up) consumption,” read the report.

The report further added that Pakistani elections are important barometers and could have contagion risks for the market. It went on to say that another Pakistan Muslim League Nawaz (PMLN) led government would prove better for equities in the short-term, however, would be shoddier for structural economic reform in the long-term. Nevertheless, it added, a Pakistan Tehreek-e-Insaf (PTI) victory would prove to be completely opposite.

The report also highlighted that key factors such as the inclusion of Argentina and Saudi Arabia on the MSCI EM Index and elections in Iraq, Lebanon, Mexico and Pakistan later this year along with global factors of the US$, US rates, international oil prices and global risk appetite, may have significant impact MSCI indices in Q22018.

In Q12018 to date, the MSCI Frontier Markets (FM) Index registered an increase of around 4 per cent, outperforming MSCI Emerging Markets (EM) Index which went up 1.5 per cent, MSCI Frontier Emerging Markets (FEM) Index which was up 0.5 per cent and MSCI World Index – down 2.7 per cent, in US$ total return terms, mainly due to the range of negative global developments which should impact MSCI FM index as much as mainstream MSCI EM index, this is, perhaps, due to lower levels of liquidity in frontiers. Meanwhile, MSCI FM index recorded a 6 per cent QoQ increase in average daily value traded in comparison with a whopping 20 per cent increase in MSCI EM index.

In the overall outlook, the MSCI Pakistan index measures the performance of the large and mid cap segments of the Pakistani market. With 5 constituents, the index covers approximately 85 per cent of the Pakistan equity universe.