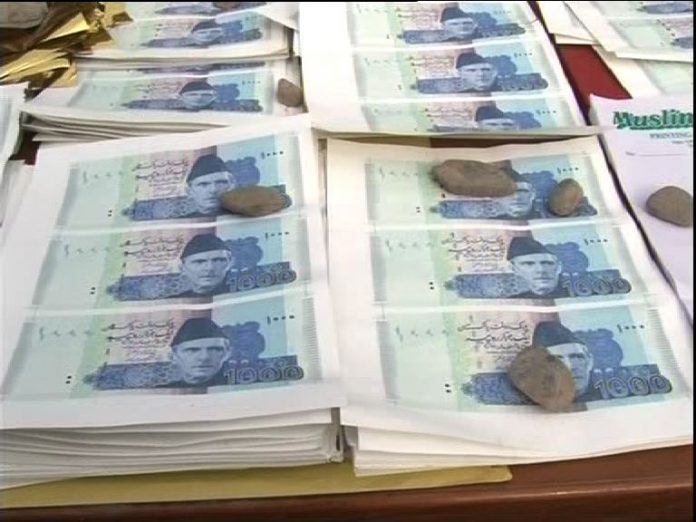 LAHORE: The Lahore Chamber of Commerce and Industry (LCCI) has cautioned the masses in general and the business community in particular against the proliferation of counterfeit notes and urged the government and the State Bank of Pakistan (SBP) to launch a mass drive to combat this menace.

“Government should also take punitive action against anti-state elements involved in counterfeit currency trade as these black sheep are not only playing havoc with the economy but also protecting vested interests of the enemies of Pakistan.”

LCCI President Malik Tahir Javaid called for a well-designed campaign to educate people about the security features of currency notes. He said that it is the government that has the resources to curb this menace that is spreading its tentacles like anything and causing undue harm to the already dwindling economy.

LCCI president said that SBP should provide necessary equipment and machines for detection of fake currency at least at their main branches for their own use as well as for the use of general public free of cost.

He said that the SBP should also create awareness about the legal provisions regarding penalty and punishment for counterfeiting to forewarn the counterfeiters as to the consequences of committing this crime.

He said that the general public should be encouraged to hand over counterfeit notes that come to their possession to the nearest bank branch and SBP Banking Services Corporation office and to report the incident of counterfeiting to the law enforcement agencies.

LCCI Senior Vice President Khawaja Khawar Rashid and Vice President Zeshan Khalil said that owning counterfeit currency is a crime and the individuals involved are attempting to defraud their fellow citizens and the country as a whole. They said that tough anti-counterfeit measures put in place by the government have gone a long way to provide additional security but the bottom line is that there are still those who produce counterfeit currency in spite of these measures.