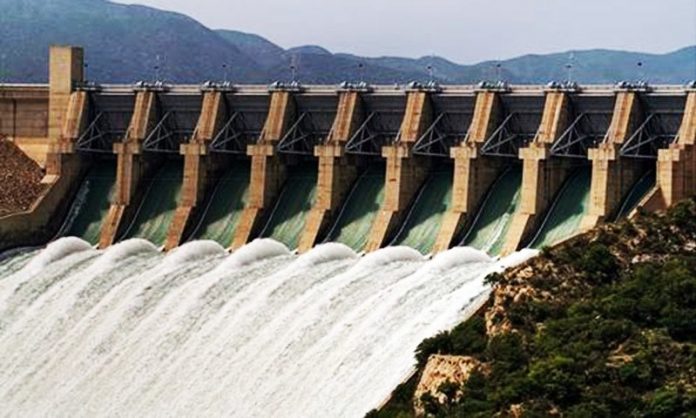 LAHORE: The Water and Power Development Authority (Wapda) will immediately commence the search for land acquisition for the Mohmand Dam Hydropower project.

Authorities have issued directives to the political agent of the Federally Administered Tribal Areas (FATA) to set up a project management unit which would entirely work on land acquisition in Mohmand agency, reported Dawn.

Mohmand dam would have a storage capacity of 1.293 million acres feet (MAF) and will be constructed on River Awat located nearly five kilometres upstream of Munda Head Works in Mohmand agency.

The dam will have a height of 700 feet and once concluded would help in restricting floods in regulating floods in Nowshera, Charsadda and Peshawar.

Also, it will allow irrigation of around 17,000 acres of agricultural land and would have the ability to generate electricity of 800 megawatts, according to Wapda.

The original PC1 cost of this project is Rs938 million.

A senior Wapda official stated the project would require over 1,000 acres of land and from it, 260 acres was immediately needed for establishing camp officers by the contractors, building of two periphery roads, other administrative, logistic and functional arrangements before the commencement of civil work on this project.

Henceforth, the official said it had been decided to initially acquire this piece of land by end of August this year.

Originally, work on the project was slated to start in June 2012 and be concluded by September 2016 respectively.

Due to non-availability of funds and various issues kept the project at bay for over six years but in April this year, the Executive Committee of the National Economic Council (Ecnec) gave go-ahead to Rs309.50 billion for this project.

Mohmand Dam is in the eyes of Wapda a very vital project which would contribute over 3 billion units of electricity annually to the national grid.