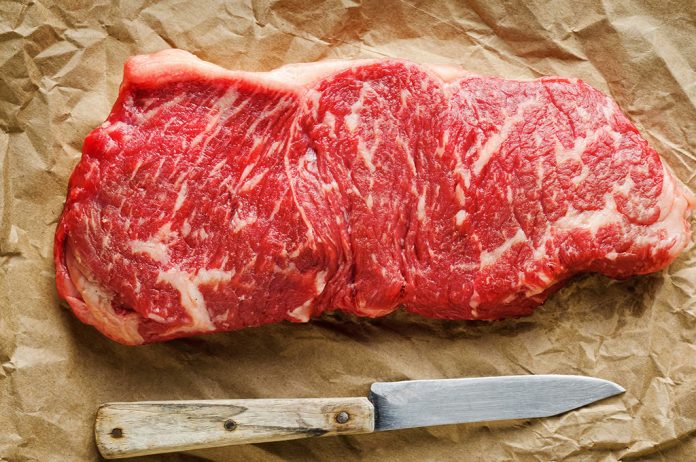 After remaining subdued for some time, meat exports are back on the rise, brightening the scope for export earnings to touch the $250 million mark at the end of this fiscal year in June.

In March and April, Pakistan earned about $61m through meat exports, which somewhat compensated for a sluggish trend seen in the previous eight months of the current fiscal year and pushed 10 months’ exports close to $190m.

Exporters say that exports have remained strong in May as well, and they hope for the trend to continue in June. If that turns out to be the case, Pakistan’s meat exports in this fiscal year will reach $250m, up from $221m in the last year, but still lower than $269m in the fiscal year 2016, says a report in Dawn.

“Lately, our meat exporters have managed to regain part of their lost market share in Gulf Cooperation Council (GCC) region,” says an official of the Trade Development Authority of Pakistan.

Officials and meat exporters say that the rising trend in meat exports looks sustainable now as the process of Halal certification has become smoother than in the past and some export houses have made investments in slaughtering and processing technologies.

They add that during this fiscal year, growth in meat exports has originated mainly from larger shipments to four out of six GCC nations, ie Bahrain, Kuwait, Oman and the United Arab Emirates, and some others including Afghanistan, China, Hong Kong and Vietnam.

Exports to two other GCC states, Saudi Arabia and Qatar, has seen a decline as meat imports in Saudi Arabia from the United States, New Zealand and Australia have grown, while Qatar is importing more meat from Turkey.

Saudi Arabia and Qatar have also upgraded their local meat processing and continue to import Australian cows and sheep for slaughtering and processing at home, market reports suggest.

“However, a general rising trend in demand for meat in GCC countries and the ability of our exporters to increase shipments of frozen meat and meat products, in particular, can give a further boost to meat exports”, says an official of the All Pakistan Meat Exporters Association (APMEA).

He says that the issues that recently surfaced in social media regarding health and accommodation of Australian sheep bound for exports have little to do with the current rising trend in Pakistan’s meat exports.

But some exporters insist that even though Australian authorities had swiftly responded to those issues, Kuwait and the UAE are no longer importing Australian live sheep as freely as last year. That, in turn, has created more demand for imports of sheep and goat meat and Pakistan has emerged as a major supplier.

During Ramazan, Indonesia is importing beef from Brazil to keep local prices stable due to seasonal growth in demand. Pakistan could have used this opportunity to export beef there.

But this has not happened, according to market sources, because despite developing an initial understanding Pakistan has so far not secured a lower tariff on Pakistani exports of meat to Indonesian markets.

There are some 30 plus meat-exporting companies in Pakistan that are members of the APMEA. Some, such as Fauji Meat Ltd., Pak Livestock, Al-Shaheer Corporation and Green Meadows, have their own livestock-holding farms equipped with the most modern slaughtering and processing facilities.

In the past few years, marketing departments of meat exporting companies have expanded their outreach, thanks to the development of e-commerce. The growth potential of meat exports to China is immense but a real breakthrough may come only by increasing exports via land routes.

And for that to happen, our exporters and the government need to make some investments in the safe and hygienic transportation of meat consignments. APMEA officials insist that sustainable growth in meat exports needs a shift in policy from encouraging live animal exports to promoting value-added meat products.

The Association had been pressing the government to abolish live animal export quotas altogether and offer some sort of rebate on exports of value-added meat products of higher per-unit export value to boost export revenues.

They add that the federal government should subsidise energy supply to meat processors and direct our trade missions abroad to look into the complaints of stuck-up export revenues of some small- and medium-sized exporters with the importing companies in the GCC region.