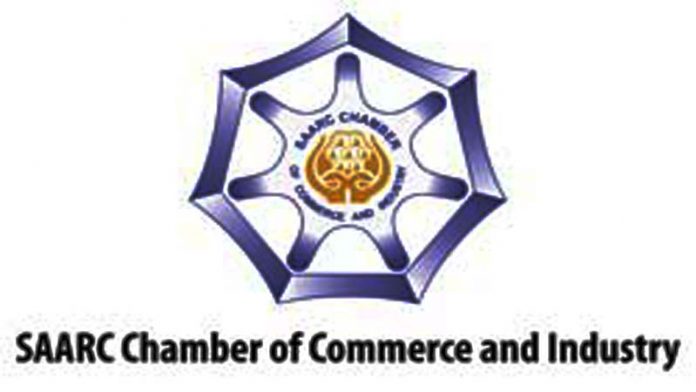 ISLAMABAD: SAARC Chamber of Commerce and Industry (SAARC CCI) President Ruwan Edirisinghe Monday urged for deeper economic cooperation with China saying that this collaboration will usher in a new era of progress, prosperity, development, economic growth and welfare of people of the region.

Briefing the SAARC CCI Senior Vice President Iftikhar Ali Malik via telephone about the outcome of the Chinese visit, Ruwan said their recent visit to China was a great success in term of increasing trade volume among the SAARC states and China,” said a press release issued here Monday.

He said the South Asian states would make SAARC a vibrant and viable organisation to reap the advantages of regional connectivity schemes such as China’s One-Belt One Road (OBOR) initiative, which also includes the mega project of China-Pakistan Economic Corridor (CPEC) and if that happens, the relations of these countries with China will further improve to the benefit of the entire SAARC.

He said there is dire need of fostering trade relations with China to form a collective platform of SAARC instead of developing relations separately.

SAARC CCI President said there is a need for SAARC to learn from the success of Association of Southeast Asian Nations (ASEAN). He suggests that leaders of SAARC countries meet more often informally, that they interfere less in the internal workings of each other’s governments, and that there be more interaction at every level of government.

Quoting example of ASEAN, he said that just as Indonesia, the biggest economy in the ASEAN, allowed smaller countries such as Singapore to take the lead, India too must take a back seat in decision-making, enabling others to build a more harmonious SAARC process.

He said that South Asia is mired in several crisis and conflicts at the moment due to various unresolved political and geographical factors and all these issues would be resolved effectively through strong regional connectivity and business to business contacts. Highlighting the role of China in building the South Asian economy, he said China is the world’s second largest economy and a global power.

He said this visit would generate the new openings and growth prospects for business communities of China and South Asia.

Furthermore, it will strengthen the private sector, stimulate entrepreneurship, and enhance better communication and relationship between the SAARC member states and China.