The yuan had its worst month on record in June, losing about 3.3 percent of its value against the greenback, and the slide continued on Monday, the first trading day of July 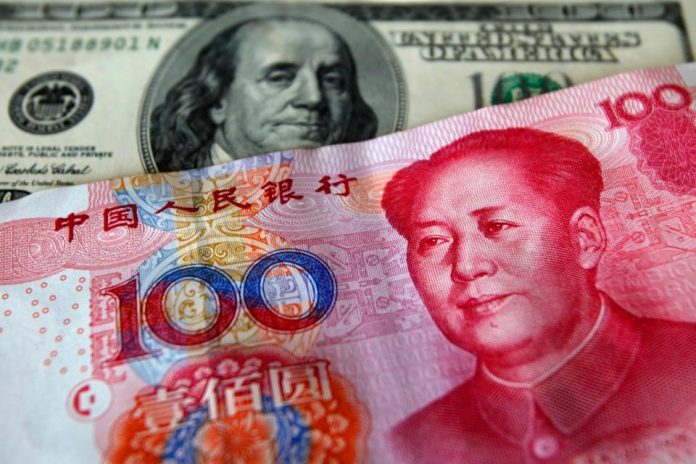 BEIJING: China’s yuan rose sharply against the dollar on Wednesday, a day after the central bank assured markets it would keep the currency stable amid heightened worries about trade frictions, although stocks remained under pressure.

Chinese currency and equity markets have been volatile ahead of July 6, when U.S. tariffs on $34 billion worth of Chinese goods are set to kick in. Beijing has said it would retaliate with tariffs on U.S. products.

The yuan had its worst month on record in June, losing about 3.3 percent of its value against the greenback, and the slide continued on Monday, the first trading day of July.

On Tuesday, though, it rebounded after the remarks from People’s Bank of China Governor Yi Gang and continued to ride the updraft on Wednesday, putting the yuan on track for its first two-day winning streak since the middle of June and best day since late March.

A trader at a Chinese bank said the PBOC’s signal was clear, but the market would closely watch and react to developments ahead of July 6.

“In the short term, the yuan will continue consolidating at the current level, while sharp, one-way falling might have come to an end,” the trader said.

Key Chinese equity indexes were less enthusiastic, starting the day flip-flopping around Tuesday’s closing prices before sliding into negative territory and staying there.

The benchmark CSI300 Index was down 1.3 percent by 0637 GMT, and the Shanghai Composite Index was off 1 percent.

A person with knowledge of the plan told Reuters that Chinese tariffs on $34 billion of U.S. goods would take effect from midnight Beijing time on July 6 in response to the U.S. move.

In flagging its first move, Washington said it would implement its tariffs on July 6, but the 12-hour time difference technically puts Beijing ahead in imposing its reciprocal measures.

Separately, the central bank of Singapore, whose economy is heavily reliant on global trade, warned risks to the global growth outlook have significantly increased due to the intensifying trade row between Washington and Beijing.

An index tracking the 50 most representative blue-chips in Shanghai, dubbed China’s “nifty 50”, slid around 1 percent to a near 14-month low.

However, Wang saw investment value in some growth and tech firms, saying the authorities were attaching more importance to the country’s tech sector amid a bitter trade spat with the United States.

In Hong Kong, the Hang Seng Index was down more than 1.3 percent, while an index that tracks mainland companies had fallen about 1.7 percent.