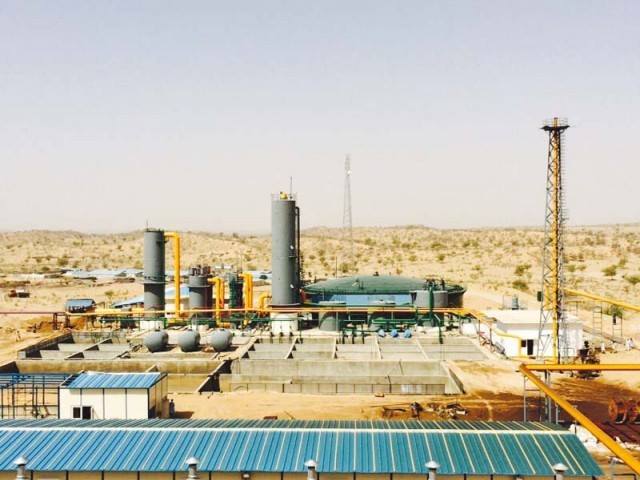 KARACHI: Engro Powergen Thar Limited (EPTL) Chief Executive Officer Ahsan Zafar Syed has announced that Pakistan has made history by achieving successful connection of its two 330MW power plants with the national grid for the back-feed power supply required for the plant’s start-up.

Ahsan Zafar Syed said that the achievement of successful back-feed operations entailed construction work by NTDC of various aspects including laying down a 282-km long 500 kV Double Circuit Quad-Bundle transmission line from EPTL plant to Jamshoro in Sindh province. The laying of the transmission line also entailed construction of the foundations and eventual erection of 851 towers in a challenging and difficult to reach terrain.

However, the transmission line was one of the key components and the power plant along with its various equipment also had to be aligned in time for successful testing and energization on 31 July 2018 by the EPTL management. The transmission line post-commercial operations of the project will be used to evacuate 660 MW of electricity from EPTL’s power plant situated at Tharparkar.

“This is a truly historic moment where we would like to acknowledge the efforts of the National Transmission & Dispatch Company (NTDC) who have been pivotal partners throughout the deployment of the project over the course of past 2.5 years. Moreover, EPTL would also like to thank Central Power Purchasing Agency (CPPA-G) for providing whole-hearted support to the project every step of the way and our Chinese partners China Machinery & Engineering Corporation (CMEC) who also played an instrumental role in ensuring successful back-feed supply for the plant start-up.”