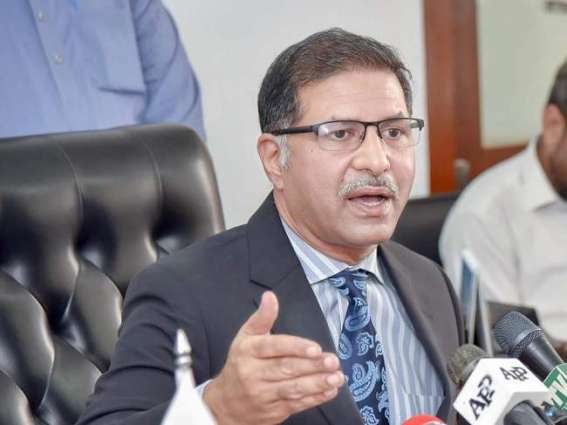 ISLAMABAD: Interim Minister for Energy Barrister Syed Ali Zafar while chairing a meeting with officials of the Ministry presented guidelines for power sector for consideration of the incoming Government.

He said that during his very short tenure as a Minister of Energy he felt that to solve the energy crisis in the country, immediate reforms are required in the energy sector, says a press release issued here.

Zafar said that the guidelines have been prepared with the help of private and public experts in the field who are fully conversant with the present energy crisis of Pakistan.

He said that as a first step there was an urgent need of constituting an Advisory Board within the energy sector whose role would be to design comprehensive policy on energy and advising whether the policy was being properly implemented.

While also discussing the issue of total generation capacity of energy in Pakistan, he said that an independent audit should be carried out to determine what was the exact total generation of electricity so that the future need of the energy requirement could be determined and necessary steps and measures are initiated beforehand.

The available capacity is, however, less than the demand which results in load shedding. He stated that there is a dire need to increase the generation capacity in the coming years. Barrister Zafar also said that the role of AEDB has to be increased and rather than using R-LPG and coal as fuel to generate electricity, preference should be given to wind and solar projects.

He quoted the example of Germany and while stressing upon the need of harnessing wind and solar resources, he said that Pakistan is a country which has great potential for solar and wind projects.

He also said that the issues of Diamer Basha and Mohmand Dams have to be resolved immediately and once and for all and run of the rivers projects like Sukki Kinari have to be implemented.

Zafar also pointed out that the most serious flaws in the system relate to transmission and distribution system.

He said that the transmission system does not have the capacity to transmit the electricity because of three main reasons, (i) there is no integrated planning which results in electricity loss (ii) the network is outdated and (iii) there is utter lack of maintenance.

He suggested that capital injection in the transmission system is necessary so as to revamp with integrated planning.

The Minister further pointed out that due to leakages in the distribution system at least 30% of the economic cost of delivery of power to the consumers is caused.

The reasons for leakages in the system is the use of obsolete equipment (which include overloaded transformers and under-capacity conductors), theft, non-collection of bills etc.

He suggested a stepwise procedure to correct the system which includes breaking up of DISCOs into smaller un, for example, LESCO, GEPCO and FESCO can be broken up into 3 to 4 units each.

He also suggested that legislation should be passed to remove theft and non-payment of bills.

He also stressed upon the need of privatizing the DISCOs in a manner where the substantial interests of the Government of Pakistan are retained.

He also pointed out that to end the energy crisis in Pakistan one of the key issues is the conservation of electricity.