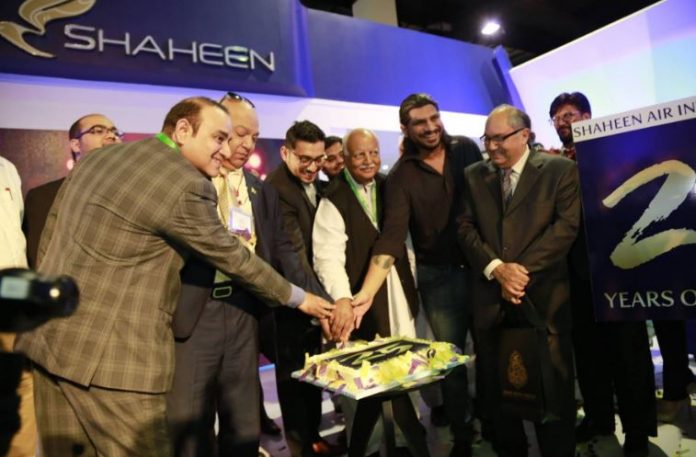 KARACHI: The Civil Aviation Authority (CAA) has urged the Federal Investigation Agency (FIA) to take action against the owners of the Shaheen Air International (SAI) — which has allegedly committed a fraud of over Rs1.3 billion — over fears that they may escape the country.

According to sources, SAI owners, the Sehbai brothers, have committed tax fraud as they collected it from its passengers on behalf of the CAA and pocketed the money for the last several months.

The sources said that a complaint had been sent to the FIA Karachi Zone director by CAA Director (air transport and economic regulation) Syed Muzaffar Alam against the chairman, chief executive officer (CEO) and management of the airline for “illegally holding the authority’s Rs1.368bn.”

The CAA official in his complaint dated August 24 states that CEO Ehsan Khalid Sehbai, Chairman Kashif Khalid Sehbai and management of the airline have been “illegally holding the money since March and not returning the amount to the CAA” despite repeated notices and reminders.

The complaint added that “there is a serious apprehension that Ehsan Sehbai, Kashif Sehbai, and (members of) SAI management are likely to flee the country with a criminal intent for causing loss to public, (national) exchequer.”  It requested for action to be initiated against the culprits and other persons involved in the commission of offences.

According to the sources, the SAI has been facing some financial issues for some time and the CAA recently suspended the airline’s flight operations, except Hajj-related flights, owing to non-payment of its dues. Subsequently, the SAI approached the court, challenging the authority’s action and the matter is pending.

A few days later, the Federal Board of Revenue sealed SAI offices on the grounds that the airline is not paying its dues.

However, the offices were reopened by the FBR on Friday after the SAI submitted a bank guarantee of the board’s demand of Rs1.4bn and initiated negotiations with it.

The management is also in talks with the CAA to sort out the issues and get its flight operations resumed.

A large number of SAI employees were also reported to be protesting as they had not yet been paid salary. However, an SAI representative claimed that most of the employees had been paid salary except some employees who had not yet received salary due to the sealing of SAI offices by the FBR and Eid holidays. They would soon receive their salary, he said.