Car sales down by 6% in July-Aug 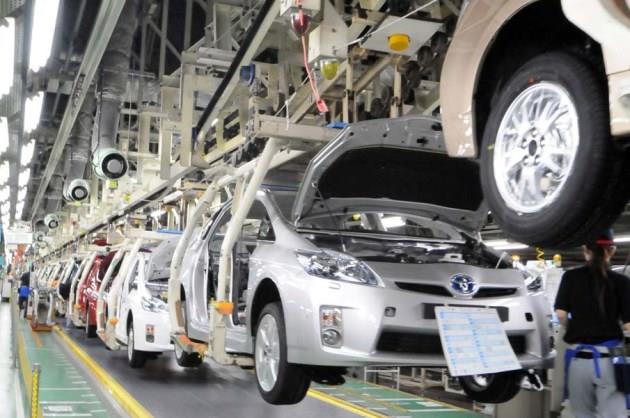 KARACHI: The locally manufactured vehicles sales (including LCVs, Vans, and Jeep) have declined by 6 percent in July-Aug 2018 (the first two months of the current fiscal) with the sale of 39,006 compared to 41,671 units sold in the same period last year.

The car sales of Pak Suzuki Motor Company (PSMC) have declined by 12 percent in the last two months as the company sold only 19,578 units in last two months compared to 22,336 units sold in the same period last year. The sales of Cultus, Mehran, Bolan, and Ravi witness a decline, while Suzuki Swift and WaganR went up during the period.

According to the analyst, “the sales of locally manufacturers car dropped as the previous government has imposed a condition to sell the vehicle to the filer only. This condition hurts the vehicle’s manufacturers in the months of July-Aug as the budget 2018-19 is implemented from July 1, 2018,” an analyst of a brokerage house said.

The market experts said that banks are financing for the new cars for drivers of Uber and Careem, therefore, its sales are stabled for the last few months.

Another reason of slowdown in car sales was due to higher car prices as all companies raised its car prices 3-4 times during last fiscal year and continuous Pak-rupee depreciation against the dollar.

The major reason of low car sales is the restriction imposed by the government on non-filers for booking and registration of new cars, and resumption of import of used and new cars through personal transfer or baggage scheme.

The PSMC has issued a notification to shut down the plant of Mehran VX (Without Air-conditioner) from November 2018, which may also affect its total sale in the current fiscal year. There are also rumours that the PSMC will also shut down its Mehran VXR (With AC) from April 2019.

ISLAMABAD: The Economic Coordination Committee (ECC) of the Cabinet has approved the abolishment of the Time-of-Use (ToU) tariff scheme for industrial consumers to spur...
Read more
ECONOMY

KARACHI: Investors of the Pakistan Stock Exchange (PSX) endured a volatile session on Thursday, with the indices moving both ways in search of clear direction...
Read more
- Advertisment -

December 3, 2020
PESHAWAR: The Sarhad Chamber of Commerce and Industry (SCCI) has urged commercial banks to simplify the procedures to apply for a bank loan and...