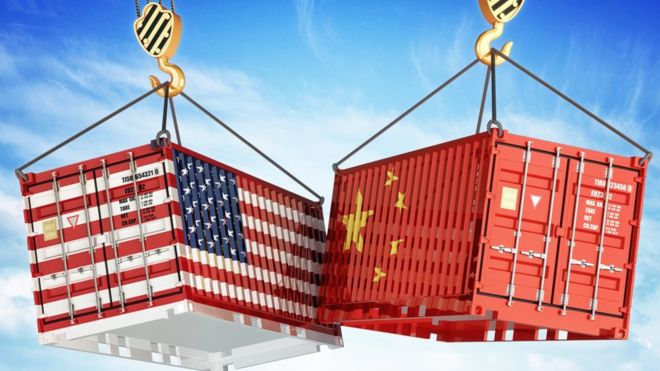 FRANKFURT: The United States would have most to lose if it started a trade war with other countries, while China would be better off after retaliating, a simulation by the European Central Bank showed on Wednesday.

US President Donald Trump said trade wars were “good, and easy to win” in March as he started a dispute with China that has seen its administration impose tariffs on steel, aluminium and various Chinese products.

The ECB study simulates a 10 per cent US tariff on all imports and an equivalent retaliation from other countries. It suggests the United States would bear the brunt of diminished trade and of damage to consumer and investor confidence.

“Estimation results suggest that the United States’ net export position would deteriorate substantially,” the ECB said in the study. “In this model, US firms also invest less and hire fewer workers, which amplifies the negative effect.”

The ECB estimates US growth would be cut by more than 2 percentage points. The International Monetary Fund currently expects the US economy to expand by 2.9 per cent this year and 2.7 per cent the next.

By contrast, China would gain by exporting more to third countries where US goods are subject to tariffs, although that slight gain would be temporary and partly offset by a negative effect on confidence.

Global trade, meanwhile, could fall by up to 3 per cent relative to the baseline.

The ECB model is purely theoretical; it does not replicate actual trade conditions. The United States has imposed tariffs on $200 billion of Chinese goods and China has retaliated with tariffs on $60 billion of US goods.

Trump has also imposed tariffs on steel aluminium from Europe and threatened duties on European cars. Those duties have been suspended while the two sides negotiate over reducing trade barriers.