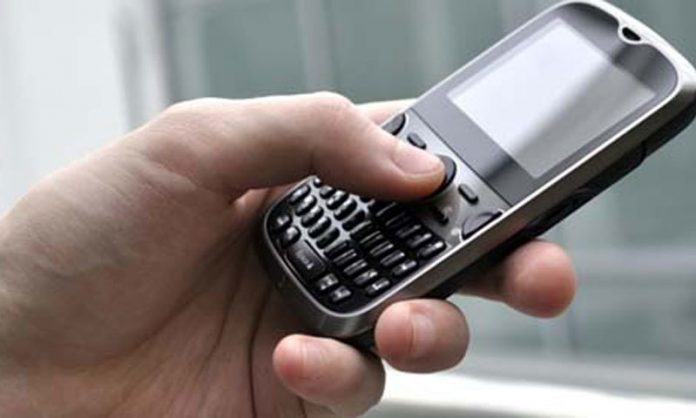 — ‘Instead of resolving the problems, CMOs are shifting blame on each another’

ISLAMABAD: Mobile phone users continue to face problems with regard to dialing on another network, while the cellular mobile operators (CMOs) are paying no heed to their complaints and are continuously shifting blame on each other, Pakistan Today has learned.

Sources in the telecommunication sector informed Pakistan Today that the mobile phone subscribers of Zong were facing problems while making a phone call to Mobilink and Warid networks. They claimed that the users of Zong were being charged for calling at Mobilink and Warid networks even when the calls were not received. They said Zong users also complained about the poor connectivity while calling to the above-mentioned networks.

The number of complaints in this regard was increasing with each passing day while no concrete measure was taken by the CMOs to solve the complaints/problems of mobile phone users.

Sources said that these users were not given due attention despite registration of complaints regarding network problem and overcharging etc. Also, influential telecommunication companies were constantly misleading their users by shifting the blame on other networks.

Taking to Pakistan Today, a complainant said that he registered a complaint some fifteen days ago about the poor network connectivity and overcharging on other networks like Mobilink and Warid. “However, the problem still persists and I was asked to wait for more days,” he added.

Sources said that no respite was in sight towards resolving the problems which are currently being faced by several mobile phone users of Zong network. The customer complaint centers of Zong, Mobilink and Warid are openly saying more days were needed to fix the problems.

When this scribe contacted with officials of the Pakistan Telecommunication Authority (PTA), they, however, assured that problems of customers will be resolved soon.

“A survey will be launched soon to assess the prevailing reality,” they said, adding that mobile phone users must file complaints with PTA to get their problems resolved at the earliest.

They said severe action will be taken against CMOs if they are found guilty in causing unnecessary delay in resolving the problems of mobile phone users despite registration of complaints with them.

According to the PTA data, the authority received 3,999 complaints from telecom consumers against different telecom operators, including cellular operators, PTCL, LDIs, WLL operators and ISPs, in the last three months.

The PTCL leads the chart with 1,287 complaints while Jazz (Mobilink + Warid) stands at second position with 925 complaints.

As per details, the total number of complaints against CMOs by July 2018 stood at 2,639. In terms of the segregation of complaints on operator basis, a total of 925 complaints were received against Jazz/Mobilink which is 35.051 per cent of the total CMO related complaints. Telenor, which has the second largest number of consumers, was second with 711 complaints, i.e. 26.94 per cent.

It is relevant to mention that cellular mobile subscribers constitute a major part of the overall telecom subscriber base, therefore, the maximum number of complaints belong to this segment.