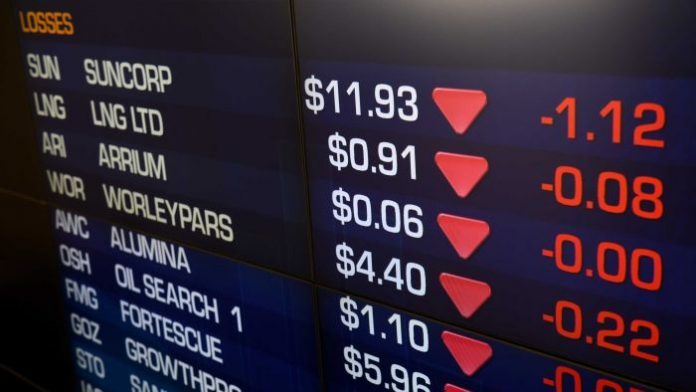 NEW YORK: Oil prices dropped 2 per cent on Wednesday as US equity markets broadly fell, even though energy traders worried about shrinking supply from Iran due to US sanctions and also kept an eye on Hurricane Michael, which closed nearly 40 percent of US Gulf of Mexico oil output.

“As long as we continue to see broad-based weakness in the equity sector, that’s going to start spilling over into other areas as well. One, in particular, will be energy because it’s all about economic expectations,” said Brian LaRose, a technical analyst at United-ICAP.

Risks to the global financial system have risen over the past six months and could increase sharply if pressures in emerging markets escalate or global trade relations deteriorate further, the International Monetary Fund (IMF) said.

On Tuesday, the IMF cut its global economic growth forecasts for 2018 and 2019, raising concerns that demand for oil may also slump.

In the US Gulf of Mexico, nearly 40 per cent of daily crude production was cut on Tuesday because of offshore platform evacuations and shut-ins ahead of Hurricane Michael.

Michael has strengthened into a “potentially catastrophic” Category 4 hurricane, according to an advisory from the US National Hurricane Center.

Oil producers evacuated personnel from 75 platforms as the storm made its way through the central Gulf on the way to landfall on Wednesday in Florida.

Companies had turned off daily production of about 670,800 barrels of oil by midday on Tuesday, according to offshore regulator the Bureau of Safety and Environmental Enforcement.

Worries about crude supply from the Middle East also have given prices some support.

Iran’s crude exports fell further in early October as buyers sought alternatives ahead of US sanctions that take effect on Nov. 4, according to tanker data and an industry source.

Several of the world’s biggest trading houses expect US sanctions on Iran to keep oil prices high, with crude staying above $65 and possibly breaking above $100 in the medium term.

U.S. crude output is expected to rise more than previously forecast in 2018, growing 1.39 million barrels per day to 10.75 million bpd, the US Energy Information Administration said in a monthly report Wednesday.