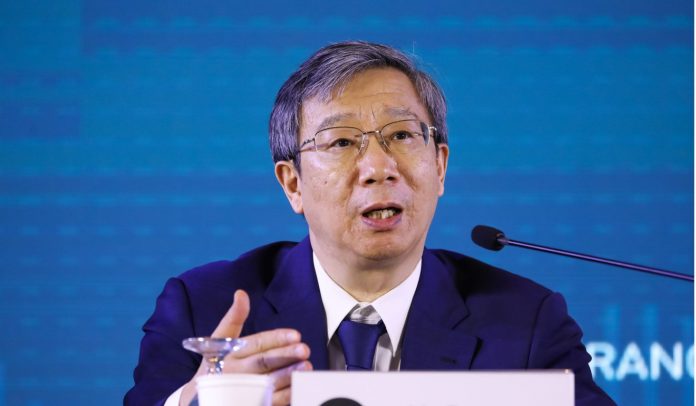 NUSA DUA: China’s central bank governor on Sunday sought to cool the temperature on a brewing trade-and-currency war with the United States, calling for “constructive solutions” as the spat threatens to knock the world economy.

Speaking on the last day of the IMF-World Bank annual meetings in Bali, Yi Gang warned that the stakes could hardly be higher and cautioned that a clash between the world’s two biggest economies was a “lose-lose” situation.

“There are tremendous uncertainties ahead of us,” he said, adding that the whole world should work together to seek constructive solutions.

Yi said he had spoken to central bank governors and other top officials from a string of nations amid a tit-for-tat US-China tariff battle and Washington’s accusations that China was unfairly pushing down the value of its yuan currency to boost exports.

China’s top central banker vowed Beijing would do its part by getting tougher on domestic copyright violators and opening up the financial services sector.

His comments come a day after the IMF warned that the “window of opportunity” to keep global growth on track was narrowing as the US-China spat threatens to boil over and emerging markets feel the pinch from higher US interest rates.

Tensions have soared recently with President Donald Trump’s administration rolling out billions of dollars in tariffs against China in a bid to tackle its trade deficit and rein in what Washington considers unacceptable Chinese trade practices.

Treasury Secretary Steven Mnuchin earlier downplayed the global concerns expressed at the meetings, saying the world would benefit if Beijing is forced to changes its trade policies.

But he said he had told Yi this week about his concerns over the weakness of its currency.

Mnuchin, speaking earlier on the Bali meeting’s sidelines, declined to comment on whether Washington would declare Beijing a “currency manipulator” in a Treasury report due out next week.

That would be a first for China, triggering a process that could lead to punitive steps.

Attention has begun to turn toward hopes that Trump and Chinese President Xi Jinping could meet on the sidelines of the G-20 summit next month in Argentina and reach some sort of agreement that would reduce trade tensions.