US reimposes tough curbs on Iran, Tehran hits at ‘bullying’ 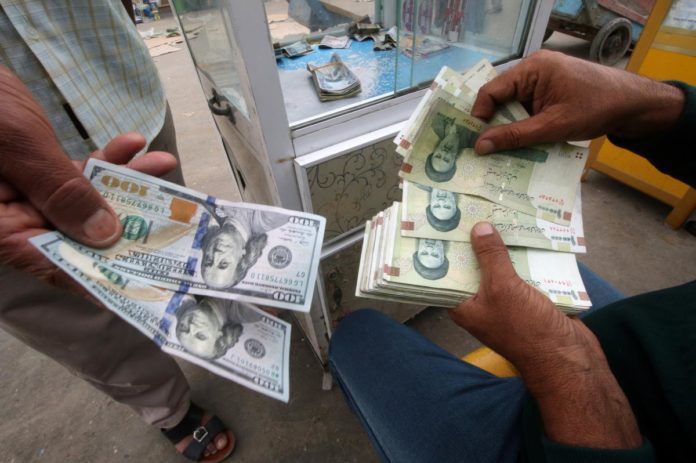 The measures are part of a wider effort by US President Donald Trump to curb Tehran’s missile and nuclear programs and diminish the Islamic Republic’s influence in the Middle East, notably its support for proxies in Syria, Yemen and Lebanon.

“The Iranian regime has a choice: it can either do a 180-degree turn from its outlaw course of action and act like a normal country, or it can see its economy crumble,” US Secretary of State Mike Pompeo told reporters.

“We hope a new agreement with Iran is possible,” he said. “Rest assured, Iran will never come close to getting a nuclear weapon on President Trump’s watch.”

The move restores, and strengthens, sanctions lifted under a 2015 international agreement on Iran’s nuclear program from which Washington withdrew in May at Trump’s behest.

In a statement, US Treasury Secretary Steven Mnuchin said the move “should make clear to the Iranian regime that they will face mounting financial isolation and economic stagnation until they fundamentally change their destabilizing behaviour.”

The sanctions target Iran’s vital oil industry, although major customers such as China and India were given temporary exemptions. They also cover 50 Iranian banks and subsidiaries, more than 200 persons and vessels in its shipping sector, Tehran’s national airline, Iran Air, and more than 65 of its aircraft, the Treasury statement said.

In reaction, a senior Iranian official who declined to be identified said Tehran was not concerned about the sanctions and will not yield to pressure to change its policies.

European powers that continue to back the nuclear deal said they opposed the reapplication of sanctions and major oil buyer China said it regretted the move.

The sanctions move intensifies a campaign by Trump to force Iran to further limit its nuclear work and halt a missile program, as well as end its support for proxy forces in Yemen, Syria, Lebanon and other parts of the Middle East.

Trump’s national security adviser, John Bolton, said in an interview with Fox Business Network that more sanctions would be coming but he gave no details.

Howard Mendelsohn, a former US Treasury acting assistant secretary for intelligence and analysis, said the sanctions sent a tough message that anyone dealing with Iran will face consequences even if a company or individual is not sanctioned.

Switzerland said it was holding talks with the United States and Iran about launching a humanitarian payment channel to help food and drugs keep flowing to Tehran.

US sanctions permit trade in humanitarian goods such as food and pharmaceuticals, but measures imposed on banks and trade restrictions could make such items more expensive.

Iran’s clerical rulers dismissed the curbs. “Today the enemy (the United States) is targeting our economy … the main target of sanctions is our people,” Rouhani said.

“America wanted to cut to zero Iran’s oil sales … but we will continue to sell our oil … to break sanctions,” Rouhani told economists, adding the sanctions were illegal and unfair.

“This is an economic war against Iran … We are prepared to resist any pressure,” Rouhani said.