Is biotechnology the future of agriculture in Pakistan? 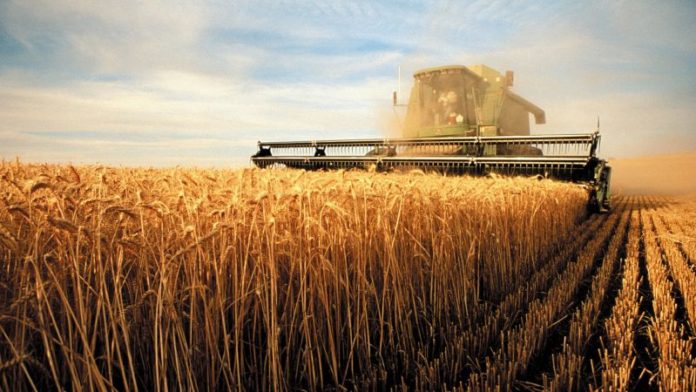 LAHORE: As the global population increases, technology and innovation in agriculture seem to be the way forward to tackle the anticipated supply-demand gap for food.

Farmers all over the world are using biotechnology to increase farm yields. However, in the South Asia region, which includes Pakistan, percentage of food demand met through productivity growth stands at around 23 to 25 per cent, higher only compared to Sub Saharan Africa, but lower than South East Asia and China where the percentage exceeds 50 per cent and Latin America and North America where the percentage exceeds 100 per cent. 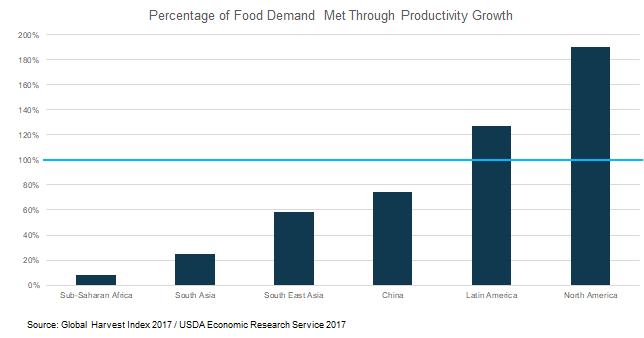 However, in Pakistan, the maize crop presents a peculiar case, where significant yield and productivity increase has been registered due to the adoption of high-performance hybrid maize seeds by farmers. According to the Agricultural Statistics of Pakistan, Ministry of National Food Security and Research, the average yields of maize due to commercial interest in the maize crop across Punjab have increased from 14 maunds per acre to 60 maunds per acre over the past twenty years. Similarly, as a whole, the cultivated area in Punjab has also increased from 0.83 million acres to 2.1 million acres over the same period, while maize production has gone up from 681,000 tons in 1996-1997 to 5,237,000 tons in 2016-2017. 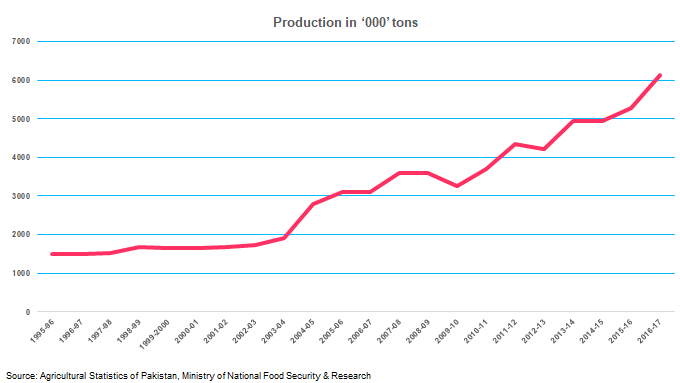 “With the demand for maize growing consistently over the past few years, its increasingly important to turn towards more innovative technologies for addressing productivity challenges. In recognition of this challenge, Bayer Pakistan – Crop Science has made concerted efforts towards introducing biotech corn to the Pakistani farmers, including compliance with the requisite regulatory requirements, investing heavily in field demonstration activities and setting up technology stewardship infrastructure,” says Azeem Khan Niazi, Corporate Engagement and Government Affairs Head at Bayer Pakistan – Crop Science.

The benefits of biotechnology are ‘scale-neutral’, meaning small farmers gain the same benefits compared to large corporate farmers. The technology helps optimizes yield potential through insect protection and herbicide tolerant traits, reduces the cost of input and labor, improves quality of produce and mitigates post-harvest losses and creates better crop economics and greater value for all stakeholders of the value chain.

On the policy front in Pakistan, biotechnology has been identified as one of six priority areas in the Science and Technology Policy. A National Policy and Action Plan for biotechnology was developed and incorporated in the Midterm Development Framework (2005-2010). The adoption of biotechnology was also reinforced in the 2025 vision and Food Security Policy 2018.

Over Rs2 billion has been spent on research infrastructure and capacity building to facilitate research and a functioning regulatory system was put in place in the form of National Biosafety Committee (NBC), which till date has granted approvals for research, cultivation or commercialization for several crops, including maize. Furthermore, ongoing research on indigenous transgenic crops including, wheat, corn, peas, tobacco and cotton is also being funded by the Government.

Maize has in recent times emerged as a strategic crop and plays a central role in ensuring Pakistan’s food and nutrition security. Downstream industries have benefited the most from the increase in maize yield and production. According to reports, the poultry industry consumes 65 per cent of the grain produced and is growing at 8 per cent to 10 per cent annually. The home-grown maize has subsequently helped improve the economics of poultry industry, resulting in access to an inexpensive source of protein across the country. Since 2001, there has been a 20 per cent increase in per capita protein consumption primarily due to the improved economics of the poultry sector.