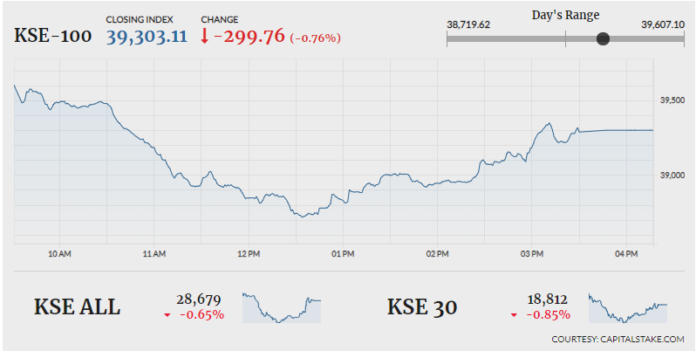 KARACHI: The Pakistan Stock Exchange (PSX) on Wednesday failed to keep up with its positive momentum and ended the session in red. Despite the finance minister’s reassurance to the investors on “improvements” in macroeconomic indicators, the investor confidence remained thin.

According to the latest data released by State Bank of Pakistan (SBP) on Tuesday, the country’s external debt and liabilities increased to $96.7 billion as of September-end. In the recent data published by Pakistan Bureau of Statistics (PBS), inflation rate slowed to 6.5pc in November as compared to 6.8pc in the previous month.