Third tranche of $1bn from Saudi Arabia likely this month 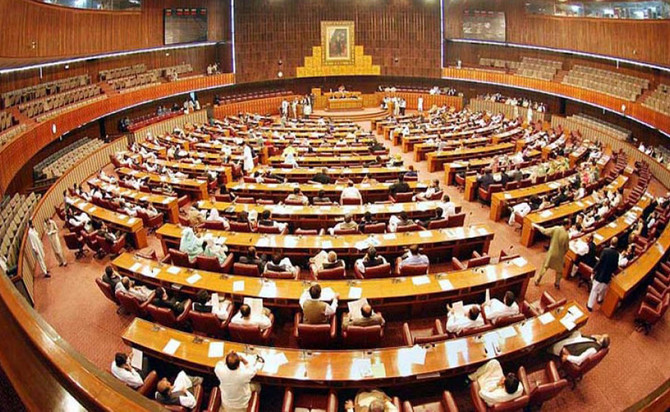 ISLAMABAD: Senate Standing Committee on Finance was informed on Wednesday that the third loan tranche, worth $1 billion, from Saudi Arabia was likely to be released during the current month.

A senior official of the Ministry of Finance informed the committee that the government had already received $2 billion from Saudi Arabia while the remaining $1 billion would be issued during the ongoing month.

The meeting of the committee was held here under the chairmanship of Senator Farooq H Naik.

To a question by Senator Talha Mehmood about the news of $2 billion loan from China, the official said he could not confirm the exact figures but negotiations in this regard were in process between the two countries.

The committee asked the Ministry of Finance to present details and current status of talks with the United Arab Emirates and China regarding loan agreements in the next meeting.

Earlier, the meeting considered and discussed a bill titled the Banking Companies (Amendment) Bill, 2018, presented by Senator Mian Raza Rabbani and referred to the House for further approval.

The committee, however, agreed to recommend the enhancement of leaves to four months. The committee directed that a comprehensive draft of the bill should be prepared by consulting all stakeholders and deferred it till next meeting.