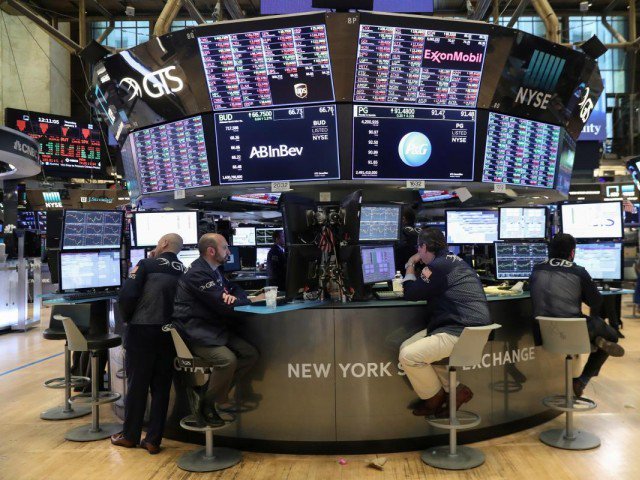 LONDON: World stock markets rallied on Friday after Beijing announced a new round of trade talks with Washington, though recession fears still had markets betting the next move in US interest rates might be down.

News that the United States and China would hold vice-ministerial level talks on Monday and Tuesday to resolve a trade dispute brought some respite to battered markets, with the MSCI’s world stock index up a third of a per cent and US stock futures around 1pc firmer.

“We’re not expecting a major breakthrough on January 7-8,” said Edward Park, Deputy Chief Investment Officer at Brooks Macdonald. “That said, where equity markets are in terms of valuations, if you look at the two core risks – US-China trade and the Fed – there’s room for markets to be positively surprised in both of those areas.”

In Asia, Shanghai blue chips rose 2.4pc while South Korean shares bounced 0.8pc. But Japan’s Nikkei skidded over 2pc on its first trading day of the year, weighed by growth worries and the strength of the yen.

The yen edged back from its recent surge on Friday on hopes US-China trade talks would make some progress, but the Japanese currency remains well bid by investors fretting about a global economic slowdown.

But analysts are unconvinced that the trade talks and subsequent relief rally signal sustained improvements, particularly in a new era of tightening liquidity.

“(Central banks) are trying to get markets weaned off the idea that they will come riding to the rescue and people are trying to learn what the new rules of the game are,” said Colin Harte, Head of Research, Multi-asset Solutions at BNP Paribas Asset Management.

Harte added that he was sceptical that the talks would have a meaningful resolution. “The picture will remain unclear for the first half of this year,” he said.