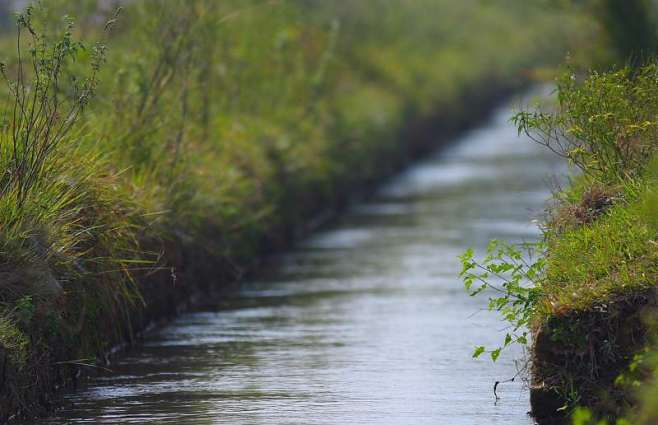 PESHAWAR: The Khyber Pakhtunkhwa (KP) government plans to line 20,000 watercourses in the next five years to provide uninterrupted water supply to farmers, especially in the tail-end areas of the province.

KP Minister for Agriculture, Livestock and Fisheries, Mohibullah Khan on Friday said the government in its First 100 Days had chalked out a comprehensive plan for pavement of 12,000-20,000 watercourses in the province by 2023 to address the issue of irrigation water wastage.

He said approximately Rs15 billion would be required for pavement and repair of these watercourses.

The agriculture minister said that around 76,000 watercourses existed in KP among which only 26,000 were lined.

Water and soil conservation, especially in barani (rain-fed) areas, is a top priority of the government, and up to Rs9bn would be spent on strengthening projects related to this in next five years to make the province self-sufficient in wheat, rice and other agriculture production, he said.

Mr Khan said that in next five years our prime focus would be strengthening of agriculture research and extension services, livestock disease control, breeding and genetic resource conservation programmes, veterinary and agriculture education, human resource development, provision of special incentives in terms of seeds and fertilizers to farmers.

He said a conservation programme to save a rare breed of Azakheli buffaloes in Malakand division has been started in Swat district, keeping in view its high potential for meat and dairy production.

The population of these buffaloes, mainly found in Khwazakhella and Madyan areas of Swat district, had witnessed a steep decline in Swat due to the devastating floods in 2010 and militancy in 2008-09.

Mohibullah Khan said the department is also working on a plan for conservation and protection of endangered sheep of Damani, D. I. Khan, Hasthangar, Waziri sheep as well as Sannen goat in KP.

KP is blessed with both cold and warm water resources and offers immense opportunities for fish farming as the province has 6,100km rivers and streams, 6,400 hectares of natural lakes and 54,600 hectares of dams and reservoirs are ideal for fish production.

To tap this water resource potential, the minister said trout villages in Malakand and Hazara divisions would be established keeping in view of its better climate conditions for conservation and breeding of this precious aquatic species on scientific lines.

Initially, he said, only 15 farms of trout fish were available in the province and during the last five years, their number had increased to 200.

He said the government has planned to establish 200 more model fish farms and hatcheries in the coming five years to bolster fish farming and production.

Spilt of sewerage water directly into watercourses, canals and rivers are major causes of water pollution, affecting the population of endangered Mashere and a holistic approach was required to curb this practice, he said.

NFS&R to form joint programme for upgrading agriculture in AJK