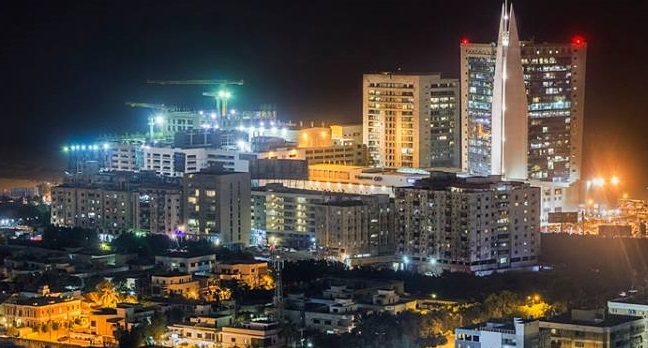 ISLAMABAD: The 12th Five-Year Plan, drafted by the previous government of Pakistan Muslim League-Nawaz (PML-N), is all set to be launched with a projection of 5.8pc growth in the gross domestic product (GDP) during 2018-23.

According to officials of the Ministry of Planning, the five-year plan with 5.8pc GDP growth has been projected on the basis of 3.6pc average growth in agriculture, 6.1pc in industry and 6.8pc in the services sector. The previous government, when the plan was drafted, had projected the economic growth at an average rate of 6.7pc.

During a meeting at the planning ministry on Monday, it was informed that consolidation period of the plan is expected to be over by next fiscal year and GDP growth would start picking up from the current envisaged at 4.2pc to 7pc during the terminal year of the five-year plan.

The meeting was apprised that a draft of the plan was ready and would be launched after an approval from the competent forum.

According to the ministry, during the plan period, the emphasis would remain on social sectors, poverty alleviation, job creation and improvement of governance in order to ensure transparency and overcome corruption.

The minister appreciated the macroeconomic framework prepared by the Planning Commission of Pakistan, as, according to him, the framework is based on consultation process involving all stakeholders including civil society, media, private sector, and the provinces.

As per draft of the plan prepared by the previous government, the incumbent government has forecasted that the growth in the money supply would be 15pc by 2022-23 with projected inflation of around 7pc during the period.

According to sources, the formulation of 12th five-year plan was delayed for the need of consultation with the provinces, as after the 18th amendment of the constitution, various subjects have been devolved to the provinces.