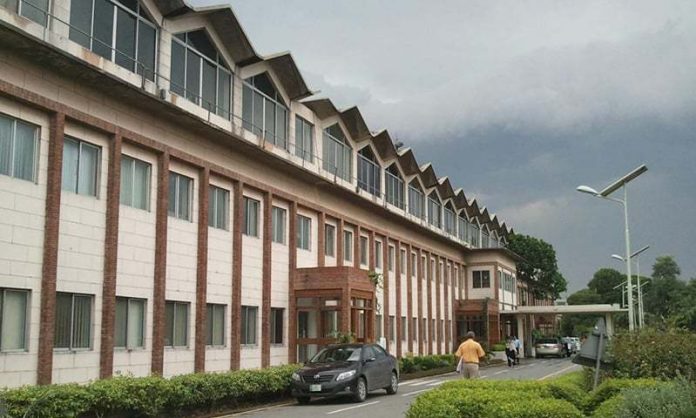 LAHORE: Packages Limited on Monday announced it was in the process of obtaining the order and details from the Supreme Court of Pakistan (SCP) pertaining to leased land comprising 231 kanals and 19 marla’s on Saturday.

In a notification sent to the Pakistan Stock Exchange (PSX) on Monday, Packages Limited said it was in the process of obtaining the order from the apex court regarding the leased land and would apprise the bourse of the exact relevant details as soon it receives it.

On Saturday, the apex had ordered Packages Limited to pay lease payment of Rs500 million for the land where its factory is built following the expiry of the lease agreement in 2015.

A two-member bench headed by Chief Justice of Pakistan (CJP) Mian Saqib Nisar heard the matter at the Lahore registry.

The apex court decided that the land will no longer be leased out to anyone and will instead be auctioned with first priority given to Packages Limited for its purchase.

The CJP expressed surprise after knowing that nothing was done “with the [revenue] people just sitting around” since the lease date expiration.

“Is this the country’s law? Those responsible for the renewal of the lease did nothing,” he remarked and added that “these poor people [Packages Limited] are honest to have come forward themselves to make the payment”.

The chief justice then asked Lahore Deputy Commissioner (DC) Saliha Saeed to explain the matter from the beginning.

Then, on July 6, 2015, Packages Limited applied to the Board of Revenue (BoR) for another extension, a matter which was still pending.

The deputy commissioner said that the BoR was also provided with all relevant documentation pertaining to the land along with other details in 2017.

CJP Nisar asked a senior member of the BoR present in the court to explain what the delay was. “Please explain clearly why this matter is still pending.”

The chief justice then inquired, “Where is [the director general] DG NAB? If we can capture Mansha Khokhar, no one can escape the law, no matter how respectable.”

The BoR official (Member Colonies) admitted that a lot of applications were pending review. He said that a new policy had been formulated under which government land will no longer be leased.

He said that previously there was no policy formulation for the leasing of government land and the matter had been waiting for a decision by a committee comprising the provincial ministers of law, revenue, and finance.

“What was the mandate of this committee? Not a single rupee was paid since 2015,” the CJP said while asking the BoR official, “Who were the provincial ministers at that time?”

“Rana Sanaullah and Ayesha Ghaus Pasha were the provincial ministers for law and finance,” the BoR official responded. He added that since the new policy’s formulation, an application had been submitted to the chief minister to call a cabinet meeting at the earliest and review the matter.

The court announced the dissolution of the lease and ordered the company to pay a sum of Rs500 million as due payment.