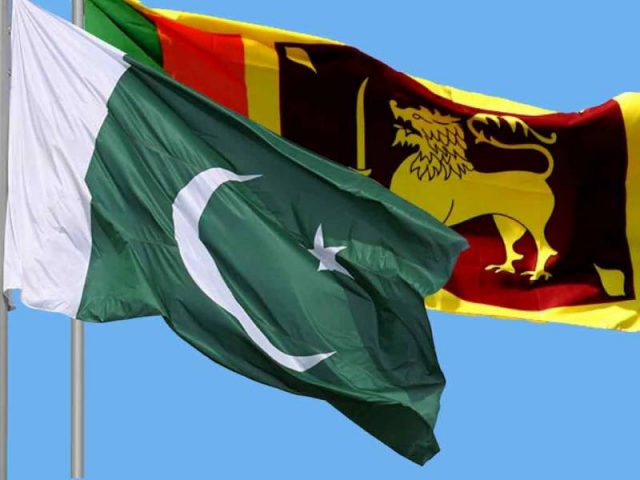 KARACHI: Consul General of Sri Lanka G L Gnanatheva, while highlighting some the obstacles in way of smooth trade between Pakistan and Sri Lanka, mentioned that the imposition of regulatory duties by Pakistani authorities have terribly affected Sri Lankan exports to Pakistan.

“Due to overnight imposition of RDs, Sri Lankan exporters are not interested in enhancing trade and further exploring the Pakistani markets. Although there is a good potential to improve trade ties but our exporters are reluctant to take any initiative and we cannot convince them due to uncertain trade policies in Pakistan,” the Sri Lankan consul general said in a meeting during his maiden visit to Karachi Chamber of Commerce and Industry.

The Sri Lankan envoy stressed that Pakistan and Sri Lanka will have to make collective efforts to improve the existing trade volume by exploring more trade opportunities and defining a clear roadmap for growth in trade, investment and exports.

He said that Sri Lanka was the first country to sign a Free Trade Agreement with Pakistan in 2005 which was the most successful FTA in which many benefits were granted to business communities of two countries. However, he added, it has been observed that most of the benefits under this FTA largely remain unutilized by both sides.

“Hence, there was a need to organize either a daylong or half-a-day forum in which the business communities of Pakistan and Sri Lanka will get a perfect opportunity to identify the obstacles and explore trade potential that exists between the two countries besides getting familiarized with the untapped benefits under FTA and also seek ways on how to further improve the FTA in order to make it more vibrant,” he said.

The envoy stressed the need for greater cooperation between the two countries in different sectors through enhanced government-to-government and people-to-people contact. “The business communities of both countries should step up efforts to realize all potential areas of business cooperation,” he added.

Speaking on the occasion, KCCI President Junaid Esmail Makda stated that the KCCI has opposed the imposition of RD on many essential items as it was not a wise move, but, as Pakistan’s foreign reserves were depleting, the government had to impose RDs in order to stay afloat.

“Hopefully, the situation would improve as soon as the foreign exchange reserves and the economy stabilize. We will convey Sri Lanka’s concerns over the imposition of RD with concerned quarters in Islamabad so that the issue could be amicably resolved in such a manner that it creates a win-win situation for both the countries,” he added.

Referring to economic relations between Pakistan and Sri Lanka, he said both countries share cordial and healthy bilateral relations based on cooperation in different economic spheres.

“During 2017, goods worth $348.90 million were exported to Sri Lanka against $304.13 million in 2016, depicting an increase of 14.7pc, while the imports stood at $103.4 million, registering a growth of 34.8pc as compared to $76.69 million in the preceding year. Although some improvement is being witnessed but the overall trade volume was way too low as compared to the potential which requires collective efforts from both sides,” he asserted.

Junaid Makda stressed that businessmen and investors will have to look for opportunities in the agriculture, textile, tourism, real estate, energy and IT sectors which are attractive investment sectors in both countries.

He said there is a need to boost air and maritime linkages between both countries so that cooperation in business and industry could be strengthened.