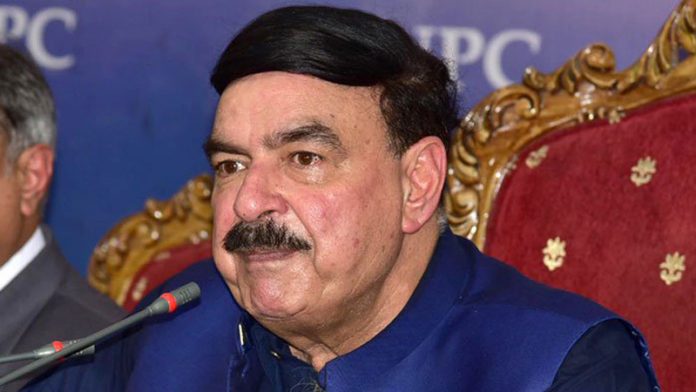 LAHORE: Railways Minister Sheikh Rasheed Ahmed on Saturday said that an online Railways Complaint Centre would be set up in Islamabad from February 15 for immediate redressal of complaints against the department.

Addressing a press conference at Pakistan Railways Headquarters, he said that citizens would be able to lodge their complaints round the clock regarding any issue of the railways, like misbehaviour of the staff or lack of cleanliness etc., through phone or website.

The minister said that the number of ticket dodgers had been reduced significantly after a campaign against them, adding that the department had decided to keep such miscreants in jail besides imposing heavy fines on them.

“Pakistan Railways had to bear a loss of Rs60 million per week due to ticket dodgers, which was a huge amount,” he stated.

He informed that the department has decided to bring structural changes in the railways and in this regard, five railways companies, including RailCop and PRACS, would be dissolved into two companies soon.

The minister said that installation of a tracking system in locomotives had been completed and next week, Prime Minister Imran Khan would inaugurate the tracking system in trains after which citizens would be able to track the location of any train while travelling.

“A freight train is going to be launched on Jan 25 to facilitate the business community and earn more revenue,” he said, adding that reconstruction and renovation of seven major railways station would also be completed soon.

He said that all measures to raise Railways income are being taken while remaining within the department’s own resources. To a question, he said the nation and all state institutions are supporting the government.