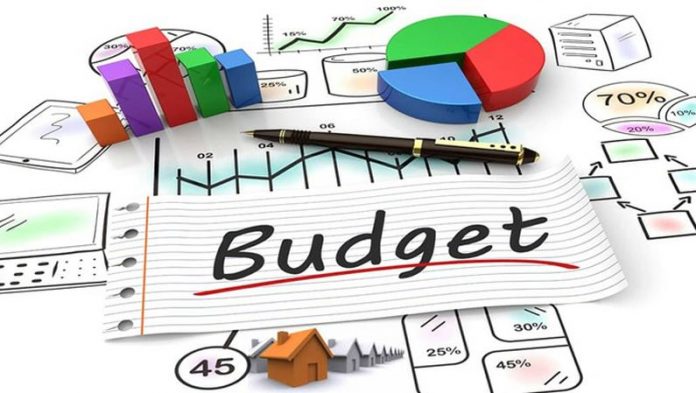 ISLAMABAD: The government of Pakistan Tehreek-e-Insaf (PTI) on Wednesday presented the third finance bill for the current fiscal year with a negative revenue impact of Rs 6.8 billion during the remaining period of this financial year.

Finance Minister Asad Umar during the National Assembly session held on Wednesday evening, presented the Finance Supplementary (Second Amendment) Bill of 2019, approved by the Federal Cabinet earlier on Wednesday, with changes in taxes duties for meeting the revenue shortfall along with measures to support investment and growth in exports.

Through the finance bill, the government has decreased the regulatory duties, customs duty and additional customs duty on import of 328 tariff lines while it has proposed to increase taxes on only two items mainly including imported luxury mobiles and cars 1800 CC and above.

Unlike the expectation that the incumbent government would levy taxes worth over Rs 160 billion in the mini-budget, the finance bill, announced by the government, will have a negative impact on the revenue side.

The major impact of this financial bill, the losses in revenue, would be realized by the next financial year starting from July 2019.

Despite the major shortfall of Rs 158 billion during the past six months, the FBR has kept the tax collection target unchanged at Rs 4,386 billion for this financial year ending June 2019.

Salient Features of the finance bill 2019:

Taking another U-Turn by his government which, through the first supplementary budget, had earlier continued the condition of filers for the purchase of cars and property, imposed by the previous government Pakistan Muslim League Nawaz (PML-N), the minister announced non-filers can purchase cars up to 1300 CC.

He also announced an increase in tax for vehicles over 1800CC.

Earlier, there was a restriction on the purchase of new/imported cars for non-filers, which was aimed at increasing the number of tax returns filers in the country.

A similar condition was also imposed on non-filers for the purchase of property worth Rs 500,000 and above.

30 per cent tax on mobile cards:

The Federal cabinet has approved imposing a 30 per cent tax on mobile cards. The federal cabinet has approved restoring the tax in mini-budget presented on Wednesday. The mini-budget will restore 30 per cent tax on mobile cards. With the restoration of tax, the subscribers will now get Rs 70 on a recharge of Rs 100. The Supreme Court had on June 11, 2018, suspended recovery of withholding tax, excise duty and service charges on mobile-phone recharge. On the charge of an Rs100 prepaid mobile card, a 19.5% federal excise duty was charged along with 12.5% withholding tax and 10% service/maintenance charge.

Through the finance bill, FBR has proposed to abolish advance tax at the time of auction of franchise rights from participating in national and international sports tournaments organized by any sports board or entity established by the government.  According to officials, the government has decided to give the said exemption as Pakistan Super League was going in losses.

Exemption on Plant and Machinery to Greenfield Industries

As per the bill, the government has proposed to abolish sales tax and FED on the import of plant and machinery for greenfield industries with effective from July. 1 2019.

During the speech in the assembly, Asad Umar said the tax on marriage halls of 500 square feet will be reduced from 20,000 to 5,000 rupees.

In a move to facilitate the government’s announced 5 million low-cost housing scheme, the minister also announced a revolving fund (Qarz-e-Hasna) of Rs 5 billion to be allocated to provide interest-free loans for the construction of small houses.

Giving relief to the already crisis-hit print media in the country, the minister said the import duty on newsprint has also been abolished through the new finance bill.

He also announced to exempt the withholding tax on shares transactions in the stock market. Besides, capital loss carry-over will also be allowed for 3 years for stock trading.

As per the minister small businesses exempted from submitting withholding tax returns every month; will do so only twice every year. Besides, a pilot scheme will be introduced in Islamabad to facilitate traders in filing and paying taxes.

To encourage the renewable energy in the country, the minister announced that the investment in solar panels and wind turbines would be exempt from duties and taxation for five years.

In order to support the industrial, which he claimed was neglected by the previous government, the minister announced that existing duties on import of raw material would be decreased and in some cases,  duties would be abolished to support export industries.

Admitting the positive step of the previous government for introduction reduction in income tax for the corporate sector, Asad Umar announced to continue the scheme of 1 percent per annum reduction in corporate income tax. He said special economic zones will be formed keeping in mind the interest of CPEC.

Giving relief to the agriculture sector, as expected, the minister announced, Gas Infrastructure Development Cess will be removed from fertiliser production. Besides, duty on diesel engines for agricultural applications will be reduced to 5pc from current 17pc.

The minister also announced to address the long-standing issue of holding refunds of exporters saying that the tax refunds will be worked out soon. He also announced issuing promissory notes worth Rs 80 billion by mid-February 2019.

The benefit of exemption from customs duty all import of all items for Ostomy use is being extended in addition to colostomy bags and appliances. Existing 5pc customs duty on import of newsprint is being exempted. Custom, duty on Plastic Moulding Compound is being reduced from 5% to 3%.

Regulatory Duty on industrial inputs covered under 30 tariff lines are being either removed or reduced.

Regulatory duty is being removed on input materials (approximately 200 tariff lines) imported under SRO 655(1)/2006 dated 05.06.2006 that are used for manufacturing of auto parts by local vendors.

Collection of duty and taxes on mobile phones is being rationalized through the collection of all duty/taxes on uniform slabs based on C&F values at the fixed rates.

Regulatory duty leviable on the export of lead, lead products, a scrap of lead and copper scrap is being removed in respect of exports made under DIRE I Manufacturing Bond Schemes.

In order to facilitate exporters, especially SMEs, significant changes are being made in the Export-Oriented Schemes with a view to improving the competitiveness of the export sector.

Starting his speech with an assessment of Pakistan’s economic condition, the finance minister said his aim had been to eliminate all factors that necessitate a return to the International Monetary Fund for a bailout package by successive regimes.

“The Constitution ensures the rights of the underprivileged segment of society and it is the Pakistani government and parliament’s responsibility to reduce the gap between the rich and the poor. Unfortunately, this responsibility was never fulfilled,” the finance minister continued. “I wish to recommend measures for the prosperity of this country,” he added.

“The people sitting on my right [the opposition had left nothing when they were leaving the government. Instead of reforming themselves, the last ruling regime tried to buy an election. The budget deficit, as presented by them [in their budget], should have been 4.1 but the actual deficit at the end of the year clocked in [much higher],” he said, speaking above opposition shouts of “Liar, liar!”

“They left the country indebted with Rs2,500bn to Rs3,000bn in loans that were not shown in the books,” he further alleged. “I wish those shouting ‘Liar, Liar!’ right now had called out their own ministers when they were in power,” he said after recounting the challenges he said he had inherited.

“I want to give them the good news that these difficult decisions are yielding dividends: the deficit is reducing, exports are increasing, and imports are declining. We need to bring a balance in revenue and expenditure as it is vital for growth. Our imports are touching a dangerous point. We have to increase exports and bring reforms in the agriculture and other sectors,” he said.

“The camera is recording [when I say this]: At the time of the next election, the PTI govt will not have to purchase an election [like our opponents attempted to]. The years 2022 and ’23 will witness the highest growth as compared to the period from 2008 to 2023,” he claimed.

Umar said the opposition will guide the government in its efforts to bring reforms in the economy. He said the PTI has given preference to the livelihood of youngsters.

Earlier today, the federal cabinet headed by Prime Minister Imran Khan was given a briefing on the bill, after which it was taken to the parliament for debate.