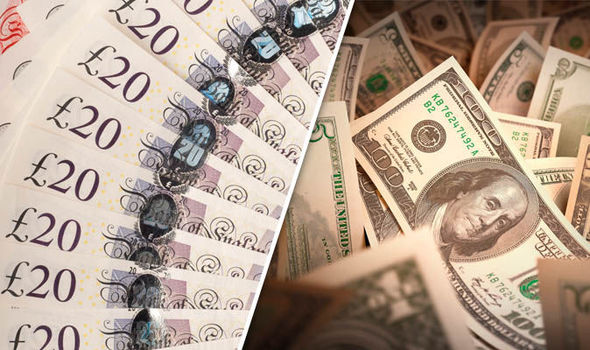 The pound has climbed about 1.8 percent this week, moving above the key psychological level of $1.30 to the dollar on hopes the United Kingdom might avoid a no-deal Brexit on March 29.

The euro gained 0.1 percent to $1.1321, although longer term prospects look bleak for the single currency. On Thursday, the European Central Bank provided the latest warning about Europe’s dimming outlook, forecasting weaker-than-expected growth in the near term.

Analysts expect the euro to underperform peers in the near term as monetary policy is expected to remain accommodative in the euro area this year.

Global growth concerns have kept broader risk appetites in check in currency markets over the past few weeks. Earlier in the week, China reported its weakest growth in three decades, and the International Monetary Fund downgraded its forecasts for the global economy for this year and next.

Market participants have also been increasingly concerned over the U.S.-Sino trade tensions. U.S. Commerce Secretary Wilbur Ross said on Thursday that the United States and China are “miles and miles” from resolving trade issues. Trade tensions between the world’s two largest economies have kept a lid on investor risk appetites in the new year, as happened for long periods in 2018.

The dollar is facing a tough year ahead as growth at home and globally comes under pressure and the Federal Reserve moves closer to pressing the pause button on its steady rate-hike cycle.

Interest rate futures are pricing the Fed to stand pat on rates through 2019, a turnaround from the four hikes delivered by the central bank last year in a major boost to the dollar.

Against the yen, the dollar gained 0.16 percent to 109.8 on Friday. Despite weakening global sentiment due to fears of a sharp economic slowdown, the safe-haven yen has not attracted much buying interest.

Japanese investors have been net buyers of foreign bonds, and analysts think this could be one reason for the yen’s underperformance.

On Wednesday, the Bank of Japan kept its ultra-loose monetary policy unchanged. The BOJ cut its inflation forecasts and warned of growing risks to the economy from trade protectionism and slowing global demand. A dovish BOJ is most likely to keep any yen appreciation in check.

Against the U.S. dollar on Friday, both the Aussie dollar and kiwi reversed early losses and gained 0.1 percent, to $0.7103 and $0.6768 respectively, as risk sentiment improved slightly in Asia.