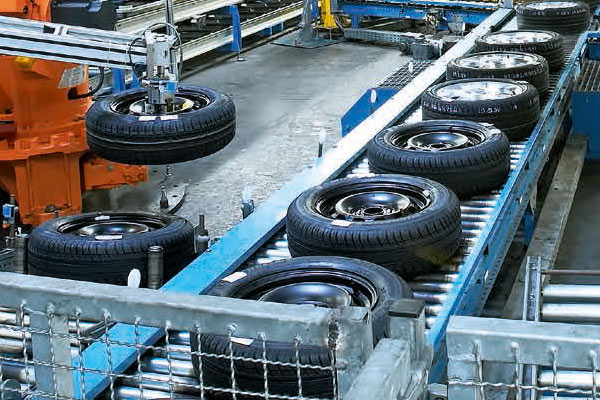 KARACHI: General Tyre and Rubber Company of Pakistan (GTR), the largest tyre manufacturer in Pakistan, has planned to invest $300 million to set up its new unit in the Special Economic Zone (SEZ) in Faisalabad.

GTR, which was established in Pakistan in 1963 and is presently facilitating 20pc of the demand of tyres in the country, would be setting up the new unit in Punjab as part of its expansion plan.

Talking to a group of Islamabad-based journalists, GTR Chief Executive Officer and Managing Director Hussain Kuli Khan said the company’s board has approved the investment in the SEZ being established under the China Pakistan Economic Corridor (CPEC). He said that GTR has already purchased land in this regard.

Apart from the new investment plant, the company, established to help meet the local demand for tyres, has also upgraded its capacity by investing a huge amount in the shape of latest equipment.

GTR, presently producing 2.5 million automotive tyres and one million motorcycle tyres, is also in talks with the new entrants, including Kia Motors, Renault and Hyundai, so as to meet their future demands.

It is pertinent to mention that out of the total 13 million automotive and 17 million motorcycle markets, 45pc of the demand is fulfilled through smuggled tyres.

The CEO deplored that despite huge losses incurred by the local industry, the government is yet to take concrete steps to curb the menace of smuggling, especially through Afghan Transit Trade.

He said that major issues faced by the tyre industry must be resolved at the earliest in order to safeguard this capital-intensive sector, which is not only creating thousands of jobs, but also helping other industries bring foreign direct investment in the country.

“Owing to the influx of smuggled tyres, many local industries have either shut down their operations or have been forced to move out, which has resulted in unemployment,” the CEO said. “The most alarming part in this regard is the smuggling and use of winter tyres, which causes frequent accidents in Pakistan. For many years, smugglers pick up used winter tyres on free of cost basis from Europe, Japan etc. and import them into Afghanistan under the Transit Trade Agreement (TTA). The used winter tyres are then smuggled into Pakistan. These tyres are dangerous as they are only meant to be used in temperature below 0 degrees Celsius.”

Talking about another trend of illegal trade of tyres, Hussain Kuli Khan said reports and visual evidence have been received regarding the import of “tyres containing hidden tyres”, which are smaller in size and fixed within the mother tyres.

“The legal importers usually pay duty and taxes on the mother tyre while three to four smaller tyres, stored inside the mother tyre, get away from duties. Misdeclaration of sizes of the tyre has also been an issue at Customs,” he lamented.

The CEO suggested the Federal Board of Revenue ensure that no tyre is sold in the market without proper documentation.

“FBR should raid markets and seize tyres that the dealers cannot show papers for. This should not be hard as the smugglers are selling these tyres openly in the commercial centres,” Hussain Kuli Khan stressed.

He said the government should maintain strict vigilance on border check-posts, especially at Chaman and LandiKotal, so that smuggled items could be identified and culprits could be punished.

Moreover, he said the government should re-evaluate the data of the items being imported via the Afghan Transit Trade (ATT) and see if the numbers of tyres being imported are supported by the vehicle population in Afghanistan.

“Items under the guise of ATT are either unloaded in Karachi or come back from the Afghan border via smuggling. This needs to be addressed and the customs department needs to ensure that this facility is not misused,” the CEO suggested.