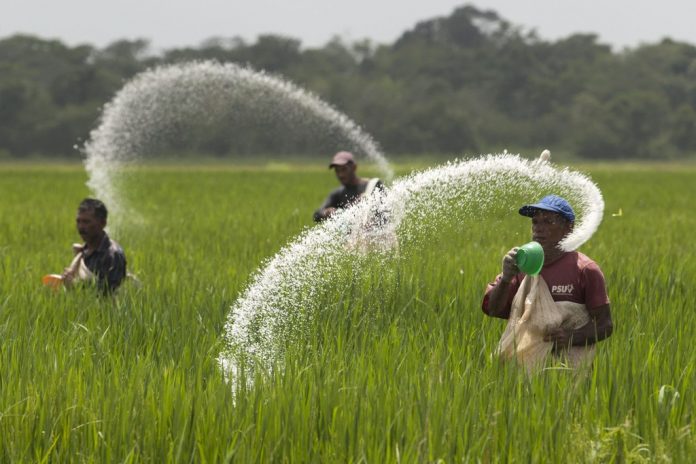 ISLAMABAD: As the federal cabinet has reduced 50pc Gas Infrastructure Development Cess (GIDC) for eight sectors, including the fertilizer industry, the prices of Urea, diammonium phosphate (DAP), nitrogen-phosphoric (NP) and calcium ammonium nitrate (CAN) would be decreased to Rs1,540, Rs3,508, Rs2,856 and Rs1,549 in the market against their current prices.

Documents available with this scribe have revealed that the current price of a Urea bag was Rs1,740 and it would be lowered to Rs1,540 per bag after reduction in GIDC.

“The total GIDC on one bag of urea is Rs405. With 50pc reduction in GIDC, it will fall down to Rs203. Overall, the government has estimated a revenue impact of Rs43.5 billion only on Urea,” the documents stated.

Meanwhile, the current price of DAP was Rs3,537 and it would go down to Rs3,508 after GIDC reduction. The GIDC cost per bag on DAP was Rs158. With 50pc reduction, it would decrease to Rs79 per bag. The total revenue impact on DAP would be Rs2.4 billion.

The revenue impact on NP and CAN would be Rs1.8 billion and Rs2.4 billion respectively.

With relaxation in the GIDC, the incumbent government has given relief to the fertilizer sector so as to facilitate the farming community.