China to import donkeys from Pakistan 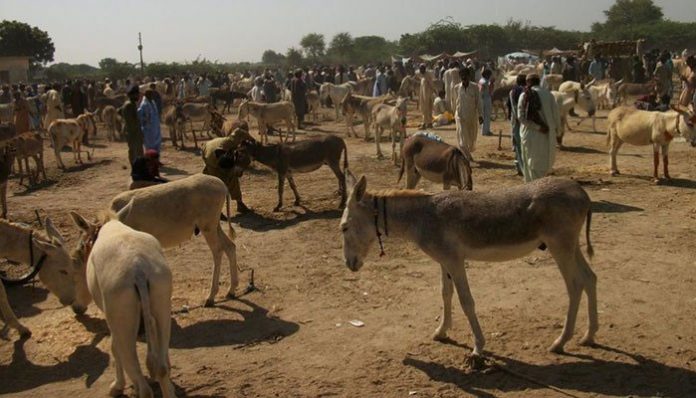 In a bid to boost the country’s exports and to earn much needed foreign exchange, Pakistan is expected export donkeys to China, Gulf News reported.

Pakistan has the world’s third largest population of donkeys with more than 5 million animals, while China stands at number one.

The Livestock Department in Khyber Pakhtunkhwa has announced that it will develop donkey farms — the first of its kind in the country. This follows the opening of the first donkey hospital in Lahore, which has the largest number of animals in the country.

According to reports, at least two donkey farms are being set up in Dera Ismail Khan and Mansehra with foreign partnership.

As per a KP livestock department official, foreign companies are ready to make a $3 billion investment in the commercial farming of donkeys.

“We want to sign an agreement after thinking carefully because we do not want scarcity of animals in KP,” the official said, adding that during the first three years, the government plans to export as many as 80,000 donkeys to China.

The donkey farm is part of projects initiated by the KP government and is called “KP-China Sustainable Donkey Development Programme”. It is one of the many investment proposals the KP Planning and Development Department has put forward.

Donkeys are highly prized in China, especially their hides, which are used to manufacture traditional Chinese medicines.

“The proposed project will help improve the socio-economic status of the Donkey-rearing communities by improving the health and production of local donkeys,” according to a statement by the Khyber-Pakhtunkhwa Livestock Department.