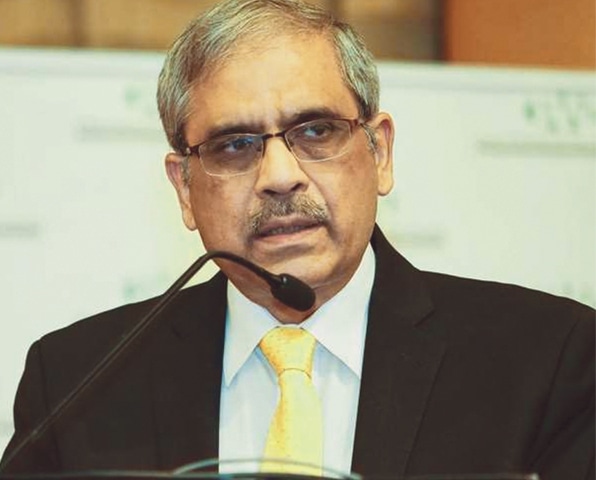 This he said while chairing the mid-term review meeting of Agricultural Credit Advisory Committee (ACAC) in Hyderabad, according to the press release issued by SBP.

“Initiation of ACAC meetings at various locations shows our commitment towards the promotion of agricultural financing in all regions, especially in underserved areas,” he stated, adding that the previous meetings were held in Balochistan and Azad Jammu Kashmir, and this meeting is being held for the first time in Hyderabad to provide impetus to agricultural finance in the region.

Reviewing the progress on agricultural credit during July-December 2018, the governor appreciated the efforts of the banks in promoting agricultural finance.

He shared that during the first half of FY19, banks have disbursed Rs527.3 billion, which is 42.2pc of the total assigned target for the fiscal year, and 22pc higher than the disbursement made during the same period last year.

The governor on the occasion appreciated the efforts of microfinance banks and institutions in providing financing to small and marginalized farmers.

Bajwa pointed out that despite witnessing reasonable progress during FY19, the industry still faces various demand and supply side challenges.

In particular, he highlighted the geographical disparities in the provision of agri credit as the disbursements in Khyber Pakhtunkhwa, Balochistan and Gilgit-Baltistan still remain far from their respective targets.

He urged the banks to enhance their outreach in terms of agricultural infrastructure by hiring agriculture credit officers.

The governor highlighted the efforts of Islamic banks in achieving a growth of 80pc in disbursements during July-December 2018, as compared to the same period last year, however, their share in total disbursement still remains less than 3pc in overall agri credit.

The governor asked the banks to address these issues by adopting a more focused approach, especially towards the underserved areas, in order to achieve Rs1,250 billion agri credit target for FY19 while bringing a qualitative shift in agri financing.

He also urged Islamic banks and Islamic windows of commercial banks to play an active role in expanding outreach in potential areas particularly to facilitate the sensitive farming community.

The inaugural remarks of the governor were followed by a detailed presentation wherein the performance of banks on agri financing during the first half of FY 2018-19 was reviewed against their targets.

The committee was apprised by renowned agri professionals and representatives of banks on various innovative initiatives in agri financing, including the adoption of land record management information system for agri financing in Punjab, promotion of high-value crops, development to e-platform for the provision of quality agri inputs, and women empowerment through value chain financing for livestock/dairy in Gilgit Baltistan.

The meeting was attended by senior officials of SBP, presidents and senior executives from commercial, specialized, Islamic, and microfinance banks and institutions, representatives of federal and provincial governments, and provincial chambers of agriculture.