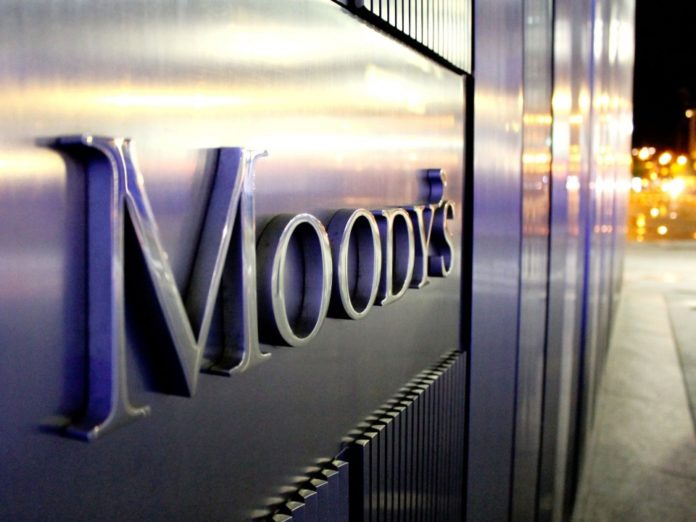 LAHORE: Moody’s investors’ service on Monday changed its outlook for Pakistan’s banking system down (B3 negative) to negative from stable.

According to the report, the banks’ operating conditions will be difficult due to slow down in Pakistan’s real GDP growth to 4.3% in the current financial year 2018-19, down from 5.8% in FY18.

Since December 2017, the rupee has depreciated 30% against the greenback and interest rates have risen by 450 basis points (bps) since January last year and inflation is increasing, said Moody’s.

All these factors will impact business and consumer confidence and the private sectors’ debt repayment capacities.

“High exposure to government securities (34% of assets) links banks’ credit profile to that of the sovereign, whose credit profile is increasingly challenged as also evident by the negative outlook on its B3 rating,” said the report.

The rating agency said regulatory capital i.e. tier 1 at 13.2% as of September 2018 will remain stable, but as per its evaluations indicate towards modest capital buffers.

As per the report, higher profit retention, hybrid Tier 1 capital issuances and other capital optimization measures will offset credit growth and so assist Tier 1 ratios.

It added that profits will slightly rise but will remain below historical levels.

And profitability will be fueled by higher interest margins due to hike in interest rates and increasing government yields, 10-12% credit growth and lower one-off costs, which will recoup for increasing provisioning requirements and ongoing pressures at banks’ operations abroad, said the report.

Moreover, stable customer deposits and high liquidity will remain key strengths and customers deposits constitute of approximately 71% of total assets and it projected these to grow 10% in 2019, providing ample low-cost funding to banks.

Moody’s said cash and bank placements constitute for about 15% of total assets, whilst another 34% is invested in government securities offering sound liquidity.

“Expanding the low-cost deposit base remains a key area of focus for banks (low-cost current accounts accounted for ~40% of customer deposits as of September 2018).

Encouraging higher savings and enhancing the deposit base (to 55% of GDP from around 35% currently) is also a key goal for the authorities.

Pakistani banks’ reliance on market funding has increased in recent years, a negative development. This was primarily in the form of interbank and SBP repo facilities, used for “carry trades” (i.e. buying government bonds funded by short-term borrowings).

Since the spreads on such transactions have narrowed, banks’ exposure to market funding has declined,” said the report.

In a comment to Profit, Head of Arif Habib Limited (AHL) Research Samiullah Tariq said, “The major reason for the downgrade is the weakness in the macroeconomic indicators coupled with high exposure to sovereign credit.”

He added, “I think with the improvement in the macroeconomy, the operating environment for banks will improve significantly.”

Moody’s Senior Vice President Constantinos Kypreos said, “Over the next 12-18 months, banks in Pakistan will see their credit profiles challenged by their high exposure to the country’s low-rated sovereign debt and a slowing economy.”

He added, “On a more positive note, the banks will continue to benefit from stable customer deposits and high liquidity.”

The rating agency said it rates the largest banks in Pakistan by assets and together they constitute for around 50% of the banking sector deposits.

HBL in collaboration with SBP, hosts first RACC meeting, as a champion bank for Balochistan

NBP audit report yet to be reviewed, finalised: AGP