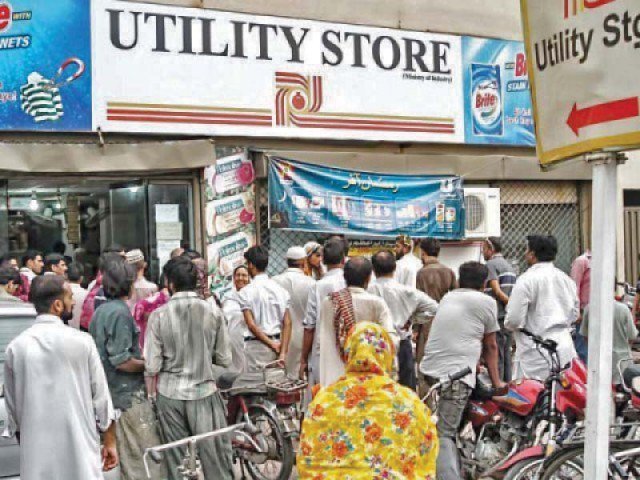 ISLAMABAD: Pakistan’s biggest state-run retail chain, Utility Stores Corporation (USC)- which is currently facing a decrease in sales, closure of large number outlets and layoffs might be on the road to being privatised, sources have disclosed.

Sources in USC informed Pakistan Today that the present government is paving the way for the privatisation of USC and Prime Minister’s (PM) Advisor on Commerce, Textile, Industries, Production and Investment Abdul Razak Dawood has been given the task to make it happen.

“Prime Minister’s Advisor on Commerce, Textile, Industries, Production and Investment Abdul Razak Dawood is all out to get the USC privatised as soon as possible,” said the sources, adding, that the Ministry of Industries may submit a plan to the Economic Coordination Committee (ECC) for shutting down large number of retail USC outlets and laying off of thousands of employees to counter the growing losses of USC.

Sources alleged that the supply of food and nonfood items to a number of USC’s outlets was reduced during last four months apparently to find an amicable excuse for the closure of these stores.

They further alleged that USC Chairman Zulqarnain Ali Khan along with the “illegally” appointed USC Chief Financial Officer (CFO) Mehood ur Rehman have closed down 439 outlets which were located in various parts of the country without strong reasons.

So far, around 1,200 employees of USC have been laid off while jobs of hundreds of other USC employees are in danger due to likely closure of more outlets.

USC has been unable to pay back around Rs6 billion owed to various factories which has been pending from the last three years.

Sources further alleged that Chairman USC Zulqarnain Ali Khan has also been using the powers of the managing director of USC.

A copy of documents available with this scribe disclosed that the closures of USC outlets was in process and a total of 2,000 outlets which are situated in different parts of the country are set to be closed down in the future.

It is relevant to mention that Pakistan Tehrek-e-Insaf (PTI) government had made an agreement with the protesting employees of USC that the outlets will not be shut down and the employees will not be removed from their jobs. The government had also promised to release a pending amount of Rs14 billion.

A meeting of the Board of Directors (BoD) of USC was held in November 2018 under Chairman Zulqarnain Ali Khan had also assured the employees that no one would be laid off and that the corporation was not being privatised.

According to sources, USC’s sale have reduced to Rs10 billion which were at Rs94 billion in the past. They alleged that the margin on sale at USC stores has increased to 8 per cent from 2.5 per cent to ensure lucrative salary packages, incentives, and facilities for the top officials of USC. There is no computerised system installed in USC, they added.

Earlier during the last tenure of Pakistan Peoples Party (PPP), USC was running in profit and selling commodities to low-income families at a discount across the country. However, in first quarter of the financial year 2017-18 USC recorded a loss of Rs1.36 billion with negative equity of Rs1.808 billion and outstanding payments of Rs5.6 billion to vendors.

Consequently, most of the vendors stopped supplying goods to the utility stores.

USC, headquartered in Islamabad, was founded in 1971 to provide standard products at cheap and subsidised rates across the country. Its outlets offer products like wheat, sugar, cooking oil, rice, pulses and other non food products in the local market.