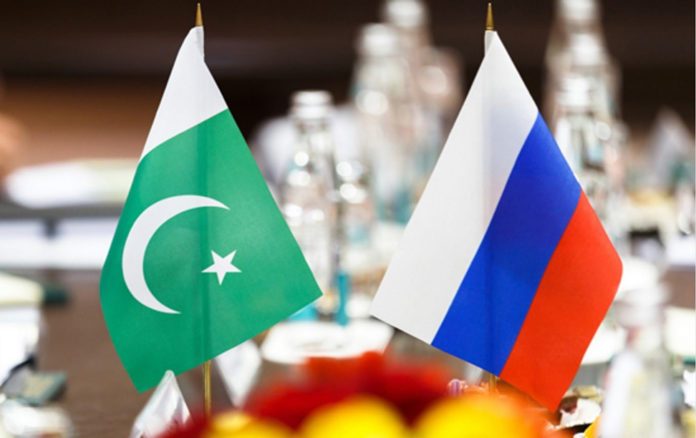 ‘Apart from oil and gas, Russia is meeting over 95pc of its needs through imports’

ISLAMABAD: A delegation of Pakistani entrepreneurs working in Moscow visited Islamabad Chamber of Commerce and Industry (ICCI) on Monday and said that Russia was a huge market for Pakistani exports and the business community of Pakistan should capitalise on this untapped market.

The delegates said that apart from oil and gas, Russia was meeting over 95pc needs of its people through imports, adding that Pakistan has the required potential to export many products to Russia including food products, textiles, surgical instruments, pharmaceuticals, leather products, sports goods etc.

They said that many Pakistani products were reaching the Russian market through Europe and the USA at a higher cost, while direct trade between Pakistan and Russia would yield much better results for both countries.

The delegation members said around 12-15 companies from Sialkot have opened their offices in Moscow and stressed that more should come as the business environment in Russia was conducive.

“Pakistan is primarily focusing on EU and west for exports; it could make a significant increase in its exports by paying more attention to Russia,” they suggested.

The delegates opined that ICCI should form a delegation for Moscow to explore business opportunities in the Russian market. They assured that they would extend full cooperation in arranging business-to-business meetings of the ICCI delegation with right partners in Russia.

Speaking on the occasion, ICCI President Ahmed Hassan Moughal said that the government should cooperate with the private sector in opening warehouses in Moscow and other major Russian cities so as to introduce Pakistani products in the Russian market.

He said Pakistan and Russia should focus on opening bank branches on a reciprocal basis, which was necessary to promote bilateral trade between the two countries.

They said that initially, nine special economic zones would be established in Pakistan under China-Pakistan Economic Corridor (CPEC), urging the Russian investors to explore the Pakistani market for joint ventures and investment in CPEC as well as other sectors of the economy.